​West Ham defender Pablo Zabaleta looks likely to be staying at the club for a third season after triggering a clause in his contract.

The experienced full-back started Saturday's 2-2 draw with Leicester at the London Stadium, following on from his start last weekend in the narrow defeat to Manchester United. 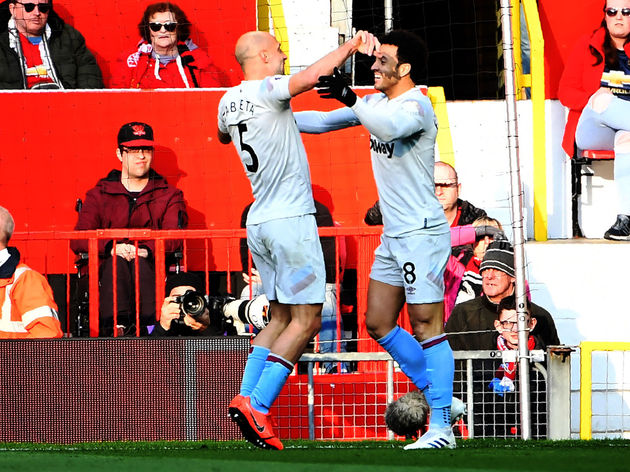 Those two recent appearances take Zabaleta up to 23 Premier League starts for the season, which as reported previously by the ​Evening Standard, takes the 34-year-old past the threshold of starting 60% of West Ham's league games this season - automatically earning him a 12-month extension to his deal.

Indeed, Zabaleta confirmed at the time that the clause did exist in his contract, though he did admit that he expects to see a reduced role at the club going forward.

“There is a clause in the contract," Zabaleta said. "If I do stay then I would have a different role in the team, not to play as much. I know in myself that I cannot play the same amount of games that I have over the past two seasons.”

The Argentine, who has won two Premier League titles with ​Manchester City during his time in England, was named as runner-up last year in ​West Ham's Player of the Year awards, and has regularly fought off competition from Ryan Fredericks this season to maintain a starting berth.

We were unlucky not to get the 3 pts today. Big game next Saturday! Thank you to all our fans for their continued support!! #COYI ⚒ pic.twitter.com/RGaYnh577Y

The Hammers are likely to be in the market for a new full-back, though, with Manuel Pellegrini likely to want further reinforcements ahead of next season. Inconsistency continues to hinder his side's progress despite forking out around £100m last summer on new recruits, and recruiting a fresh faced full-back could be high on the Chilean's agenda.