​Liverpool continued their pursuit of a first Premier League title as they battled to a deserved 2-0 win over Cardiff on Sunday.

The Reds were frequently frustrated by a stubborn Cardiff defence, but a strike from 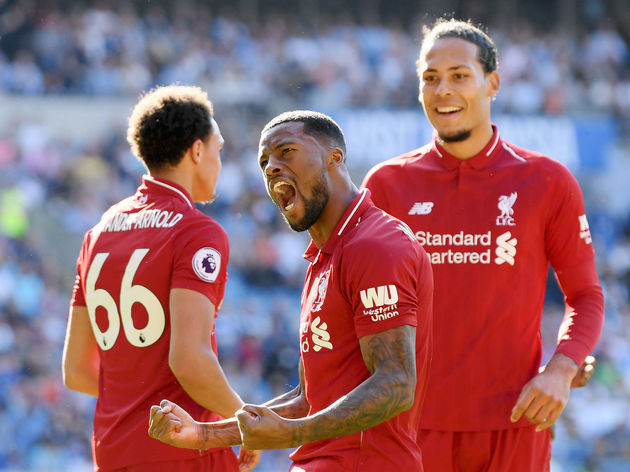 There will be plenty of twists yet to come, but Liverpool can take pride in the fact that they have played their part in one of the most exciting Premier League title races in recent history and, as this stat from ​Opta reveals, they couldn't have done much more this season.

The most we've ever earned in a @premierleague season.  pic.twitter.com/nM0B8vnUTk

Liverpool have now amassed 88 points in the league this season, their best ever total in a Premier League season; adjusting to three points for a win, they have only earned more in a top-flight campaign in 1978-79 (98) and 1987-88 (90)

Of course, as impressive a statistic as that is, it will ultimately mean very little if Liverpool are unable to overtake City in the league.

After the Citizens face off against United, they are set to come up against Burnley, Leicester and Brighton - three games they would be expected to take maximum points from.

Liverpool don't just have the league to play for, however. The Reds will face off against ​Barcelona in the semi-finals of the Champions League at the start of May and will be hopeful of avenging their defeat in the final of the competition against Real Madrid last year.