​Borussia Dortmund moved back to within one point of Bayern Munich at the summit of the Bundesliga with a comprehensive 4-0 win away to SC Freiburg.

12 minutes was all it took for Dortmund to take the lead, courtesy of Jadon Sancho's 11th league goal of the season. The 19-year-old was well placed inside the area to convert Marco Reus' low cross to finish a flowing move - giving the visitors a slender advantage at the interval.

Mirroring the first-half, BVB scored early in the second period - nine minutes into it to be precise - as Reus latched onto Raphael Guerreiro's through-ball to finish past Alexander Schwolow.

The points were assured 11 minutes from time via another sweeping move for Dortmund that was finished off by Mario Gotze. Substitute Paco Alcacer then netted a late penalty, after Pascal Stenzel was adjudged to have handled inside the area, 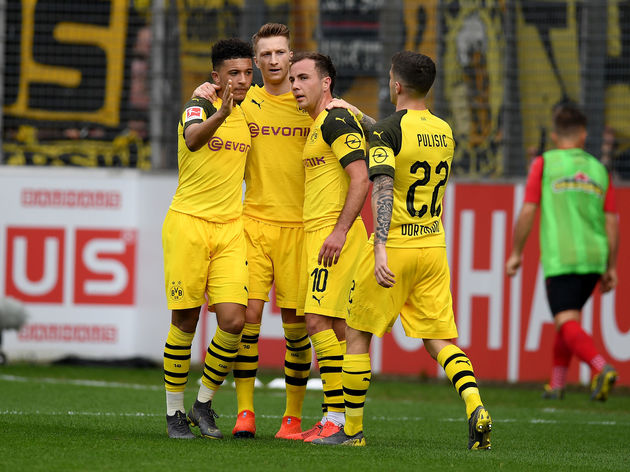 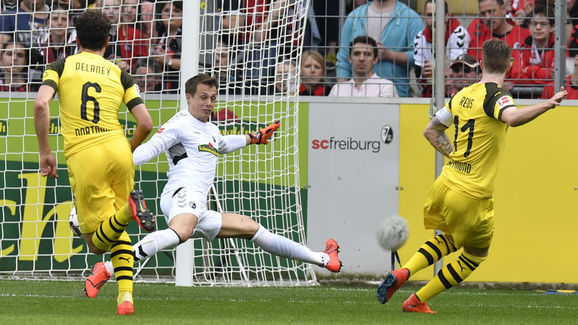 Borussia Dortmund knew that nothing less than a win would do against SC Freiburg in relation to the Bundesliga title race, and to their credit, produced an efficient display to earn three vital points.

The early goal, which was a well-worked move, undoubtedly settled any first-half nerves. Barring an acrobatic save from Roman Burki to deny Gian-Luca Waldschmidt from distance, the opening 45 minutes passed without too much incident.

A game that livened up at the end keeps Dortmund alive at the top ☝️#Bundesliga #SCFBVB pic.twitter.com/5ehJl3idVF

Marco Reus gave Dortmund breathing space nine minutes into the second-half, after weathering some early Freiburg pressure at the beginning of the half, while Mario Gotze and Paco Alcacer

made sure the points were secured for Die Schwarzgelben with late goals apiece.

It's a win that moves Lucien Favre's side back to within one point of Bundesliga leaders Bayern Munich, and it's all they can do 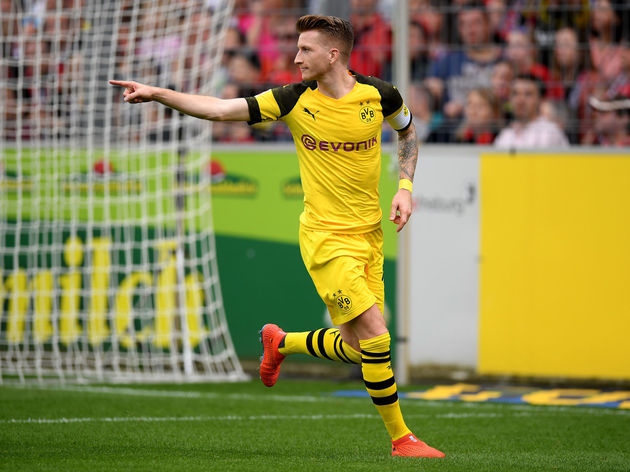 As he's so often been over the course of the season, Marco Reus proved to be the difference-maker once again for Borussia Dortmund.

It was he that injected the pace into the move that resulted in Sancho's goal after 12 minutes, with the German laying it on a plate for the youngster - before turning from provider to scorer after the interval with a composed finish.

His cross was finished off by Gotze 11 minutes from to time in what was a terrific afternoon's work for Reus - resulting in one goal and two assists when his side desperately needed the win.

Man of the Match!#SCFBVB #Reus

#SCFBVB what a goal by #BVB! Fantastic combination play by the forward line, and a great pass by Marco Reus to Jadon Sancho, who scores his 12th goal of the season.

It's completely overlooked how good a season Marco Reus has had. Top player

Next for SC Freiburg is an away game against RB Leipzig in a weeks time.

Borussia Dortmund meanwhile have the small matter of the Revierderby next weekend, as they host Schalke at the Signal Iduna Park where only a win will do to maintain their title charge.