​Jurgen Klopp is not taking Liverpool's trip to relegation-threatened Cardiff lightly, insisting the Welsh side can cause 'problems' ahead of Sunday's Premier League clash.

The Reds head into the fixture hoping to wrestle back top spot in the league, while Neil Warnock's side are in desperate need of points to avoid dropping straight back into the Championship.

Speaking ahead of the game (via the ​Liverp​ool Echo), the German pointed to ​Cardiff's controversial defeat to Chelsea as an indication of their opponent's qualities, despite his side being overriding favourites to win the game.

"If you have to analyse the strengths of Cardiff, you will see they are physically so strong and cause so many teams problems," he said.

"It was three weeks ago they should have won against Chelsea. They went 1-0 up and conceded an offside goal, probably in football, everyone saw that. 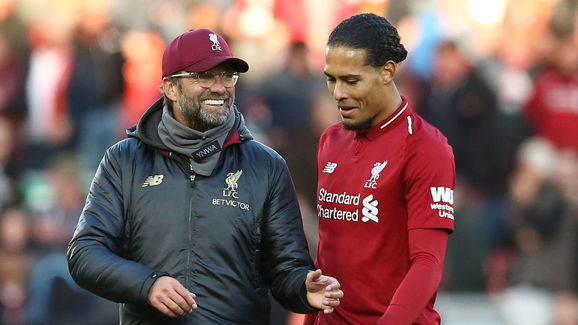 "Perhaps one or two players in the team will think: 'really?' but we haven't had that situation since I’ve been here to be honest."

After ​Manchester City beat Tottenham on Saturday, it leaves ​Liverpool needing maximum points to stay in the title race, with Klopp claiming his side are fully aware of what needs to be done if they are to win their first top flight title in 29 years.

Liverpool have won each of their last 9 #PL matches against promoted sides, scoring 27 goals and conceding just 3#CARLIV pic.twitter.com/AtMxkJizks

"The boys have always showed outstanding character and know the importance of the situation. But of course, we have to speak about what we want to do, have to do and what the opponent is doing," he added.

"So there is a lot to talk about and we will do that."