​Jan Siewert remained defiant in the face of another loss on Saturday afternoon, this time falling to a 2-1 defeat at the hands of FA cup finalists Watford.

The Huddersfield boss has made no secret of the fact that he is already planning for life in the Championship and took encouragement from his side's performance against the Hornets. 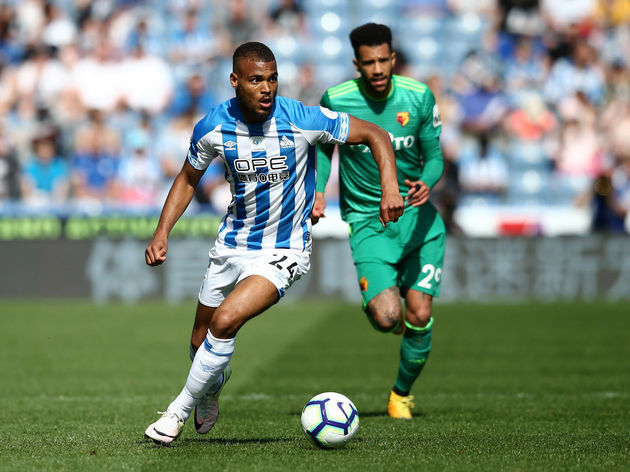 Speaking to the ​BBC after ​Saturday's clash, the German manager said that the defeats always hurt, however he prefers to learn from each match and take the positives in preparation for next season.

He explained: "We really performed well and this is the frustrating thing, but still it's always hurting when you are losing games and it will never stop.

"This is a message to everyone, I will stay positive with it, because we all know we have to learn from this season. To go through the process for me is a very important thing concerning next year.

"In a 4-3-3 we really started today on the front foot and played against a team who is for me doing really well this season. [Watford] is in the FA cup final and we really caused them problems, and this is what we should take out of this game." After Gerard Deulofeu netted an early goal for the away side, Siewert's men grew into the game and created chances for themselves. The ​Watford forward grabbed his second ten minutes from time, before an injury-time consolation goal from Karlan Grant gave the home fans something to celebrate.

On his team not capitalising on the chances they created, Siewert added: "When you create so many chances against Watford [who] normally have a very stable defence, then it's a thing which makes me proud, but in the end it's taking these chances. It's what I always say, they did it twice and it's hard to take of course."

JS: “it never stops hurting when you lose, but I must stay positive.

“We’ve just taken the game to an FA Cup finalist and created a number of chances against a side that has a very stable defence.

“@karlangrant deserves a lot of credit for his four goals.”#HUDWAT #htafc (DTS)

Another positive came in the form of a debut for 18-year-old Matty Daly. The ​Huddersfield academy graduate gave a good account of himself and clearly has the trust of his manager.