Mauricio Pochettino has confirmed that Tottenham captain Hugo Lloris wasn't fit to face Manchester City in the Premier League on Saturday, which saw Spurs fall to ​defeat at the hands of Pep Guardiola's side as their top-four spot comes under increasing threat. ​

Pochettino made five changes from the side that lost 4-3 to City in a thriller at the Etihad on Wednesday night, including leaving out captain Hugo Lloris for Paulo Gazzaniga. 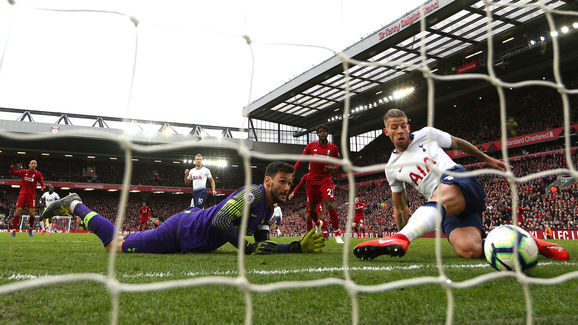 The French number one is one of Tottenham's most highly-rated players, but he has come under fire from the White Hart Lane faithful this season for a string of errors. Former Spurs midfielder turned pundit Jermaine Jenas was amongst the people calling for Lloris to be dropped after ​his clanger gifted Liverpool victory last month.

So when the Frenchman was missing from the team sheet for such an important game, questions were raised over his position within the club, with Pochettino quick to reassure fans that the captain is just struggling with a minor injury.

The Argentine was quoted on Tottenham's ​Twitter feed as saying he didn't deem it worth risking Lloris for the fixture. With Spurs advancing to the Champions League semi-final, there are potentially history-making games ahead for which Pochettino would like his captain available.

️ Mauricio on Hugo: "He has suffered a small muscle problem. Hopefully it's not a big issue and he can be ready for Tuesday. It would be a risk for him to play today and that's why we decided to leave him in London." #PL ⚪️ #COYS pic.twitter.com/m5KWnSN7nf

Recent form aside, few will question Lloris' position as Tottenham's number one and fans will feel assured that their shot-stopper should be available for the remaining games.