​Milan spurned the chance to solidify fourth place in Serie A with an insipid display in a 1-1 draw with Parma on Saturday afternoon.

The first half was bereft of genuine quality, although Parma carved out the better chances. Former Milan midfielder Juraj Kucka went close with an acrobatic overhead kick, while Gervinho blazed over from six yards out as Milan struggled through the opening period.

Still goalless at the Ennio Tardini. We need to step it up in the second half ⚫️

Despite being frustrated for large spells of the game, Milan took the lead on 69 minutes through substitute Samu Castillejo, who arrived on cue to head home Suso's cross.

Luca Siligardi did hit the post from a tight angle as the hosts searched for an equaliser, which came in emphatic fashion from an excellent Bruno Alves free kick three minutes from time. 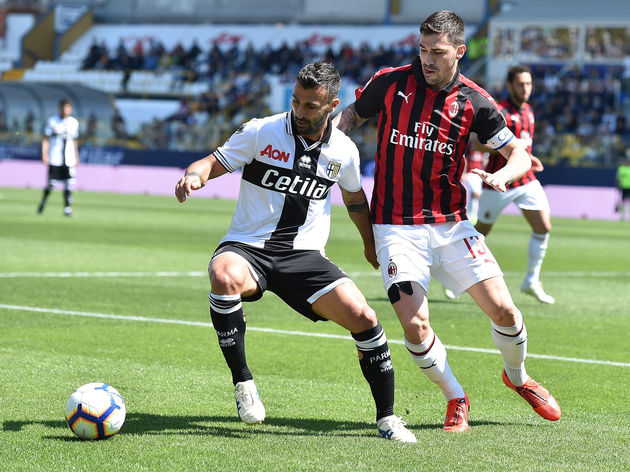 Gennaro Gattuso's side knew the importance of a win against Parma to solidify their place in Serie A's top four come the end of the season - which would see them qualify for next season's Champions League.

Poor half from milan, providing no pressure at all.. Appalling #ParmaMilan

We can’t even dominate this subpar Parma side with Yoko, Kessie & Hakan in the midfield. Bad decision makers.

Imagine this midfield against the likes of Barca, Bayern or Man City.

Some Milan fans be like: “let’s sacrifice some years because Yoko & Kessie are nice people.”

For the best part of 60 minutes though, Milan looked a side a million miles away from qualifying for Europe's elite club competition. They were forlorn in possession and lacked the creativity to break down an organised Parma outfit.

Credit to Gattuso however, as the introduction of both Patrick Cutrone and Samu Castillejo gave the Rossoneri more attacking impetus in the final third - with the latter breaking the deadlock with a well-taken header.

what a header Casti and what a cross @suso30oficial !!!

There sluggishness over the course of the game however was punished with Alves' late free-kick, spurning the chance to open up a four-point lead over AS Roma in fifth, and instead giving them the chance to leapfrog them into fourth should the beat Inter.

In summary, it was a bad result which could have even worse implications come the end of the season.

Although he was only introduced on 66 minutes, Samu Castillejo's cameo was a much-needed one for Milan, as they lacked the pace to trouble Parma.

Three minutes was all it took for the Spaniard to make in impact, courtesy of a fine header which looked to have been enough to decide the contest at the Stadio Ennio Tardini before Alves' stunning equaliser late on.

Parma are on the road next week as they face an already-relegated Chievo.

Milan meanwhile have two games in quick succession, with the first being the second leg of their Coppa Italia semi-final against SS Lazio, following a goalless first leg away from home.

Their next Serie A game is away to Torino, as they remain in the hunt for a top-four finish come the end of the season.