​Napoli welcome Atalanta to the Stadio San Paolo on Easter Monday off the back of a disappointing Europa League exit to Arsenal in midweek, which means the season is effectively over for Carlo Ancelotti's side, who will finish trophyless.

Meanwhile, the visitors are in the midst of ​Napoli centre-half Raul Albiol is in contention to return for this fixture after undergoing knee surgery in February, but the Azzurri will be without holding midfielder Amadou Diawara and winger Adam Onus; both suffering from muscle strains. Atalanta lost centre-half Rafael Toloi at the start of last month to a tendon problem, and he looks likely to miss the rest of the season. Other than that though, Gian Piero Gasperini should have a full strength squad to call on.

Napoli just edge to overall head to head record, having won 15 of the past 39 encounters between the two sides. Atalanta have won 12 of those fixtures, with the remaining 12 games ending in draws. 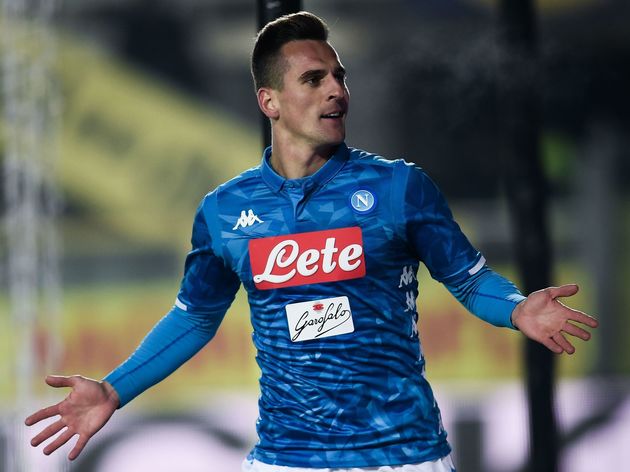 There's not much to choose between the two, and even less in recent seasons – with both sides winning three of the past six encounters. Napoli won the reverse of this fixture earlier this season but Atalanta won the last meeting at Stadio San Paolo, eliminating Napoli from the Coppa Italia last year.

Napoli have been going pretty strong in ​Serie A and look certain to hold onto second place for another season. Their form has suffered due to their European challenge though, losing their last three fixtures to derail their momentum a little in the closing stages of the campaign. Meanwhile, Atalanta are unbeaten in eight consecutive fixtures as they target the strongest possible finish in both league and cup competitions. The visitors have seen a few too many draws recently though, which has halted their progress into the upper reaches of the division.

Napoli look assured in second place, but they come into the weekend with Internazionale just about still looking in the rear-view mirror. After building on two very successful years, Atalanta are still in touching distance of a first ever Champions League place, so there's plenty to play for for them. The seven-point gap to third could prove insurmountable, but they'll want to put themselves in the best position.

With 18 points still to play for, they can at least easily equal a record fourth place finish.