​Chelsea forward Pedro has insisted Blues teammate Eden Hazard is dedicated to the club, but admitted that he does not know what will happen with regards to the Belgian's future.

Hazard has been the subject of intense transfer speculation linking the attacker with a summer move to Real Madrid, with many reports suggesting that a deal is already close to agreement.

However, Pedro has insisted that the rumours have not altered ​Hazard's desire for success at Stamford Bridge this season. As quoted by ​Mundo Deportivo, the Spaniard said: "Eden Hazard is very good here.

"He is totally dedicated to ​Chelsea. But I do not know what will happen. However, as I say, he is truly involved with the team."

Pedro added: "Hazard is our most important player, wants to win the Europa League and finish in the top four in the Premier [League]." 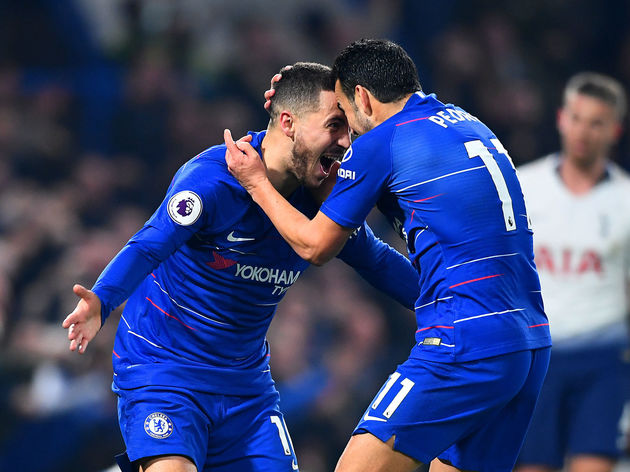 ​Reports in Spain have recently suggested that Hazard's transfer to ​Real Madrid could become official imminently, though it would be unlikely that Chelsea would opt to formalise such a significant sale in the immediate future, given the club's push for a strong end to the season.

The Blues overcame Slavia Prague on Thursday night to reach the semi finals of the Europa League, as a Pedro double led the west Londoners to a 4-3 win at Stamford Bridge, sealing a 5-3 victory on aggregate.