​Everton welcome Manchester United to Goodison Park on Sunday looking to take advantage of a United side low on confidence and in desperate need of a win.

The Toffees come into Sunday's clash looking to bounce back after a disappointing 2-0 loss in their visit to Craven Cottage last weekend. That result came after a run of three wins on the bounce for the Blues which included the scalping of two top six teams in Chelsea and Arsenal.

As much as United need all three points, Everton have their own incentives, knowing that a positive result will keep them in contention for seventh place which has the reward of a spot in the Europa League qualifying rounds.

Here's a look at how Marco Silva may line up his side to tackle Solskjaer's men on ​Sunday. Jordan Pickford (GK) -  Silva publicly revealed his frustration with Pickford after his bar brawl incident at the start of the month. However, this was not enough to warrant dropping England's number one and he will undoubtedly keep his place for the visit of United.

Seamus Coleman (RB) - The 30-year-old has made 26 appearances in the league this season and although his attacking attributes may have declined, he is still Silva's first choice right back.

Michael Keane (CB) - Keane has managed to stake a claim in the England set-up of late, most recently scoring in a 5-1 win over Montenegro. While he is in good form, he could struggle against the pace of Marcus Rashford and Romelu Lukaku.

Kurt Zouma (CB) - The 24-year-old hasn't quite reached the lofty heights expected of him at Chelsea, but he has had a solid season and has the trust of boss Silva.

Lucas Digne (LB) - The Frenchman has been a stand out player this season both defensively and going forward. Three goals and four assists this term have made him a fan favourite. Idrissa Gueye (CM) - A reported summer target for ​United, the defensive midfielder has been terrific in the engine room for Everton this season, averaging over four tackles a match.

Tom Davies (CM) - The 20-year-old has only featured ten times this season, six of those as a substitute, but with Andre Gomes picking up a three-match ban, the youngster has a chance to show what he is capable of.

Richarlison (RM) - The Brazilian was in red hot form after joining from ​Watford at the beginning of the season, but he's cooled off somewhat with two goals in his last 12 appearances. At 21 years old, he has managed 12 goals so far this term which is still respectable.

Gylfi Sigurdsson (CAM) - After joining in 2017 for £44m from ​Swansea, the 29-year-old has finally posted the numbers we were expecting of him, with 12 goals and four assists so far for the Iceman.

Bernard (LM) - After joining from Shakhtar Donetsk last summer, the Brazilian has struggled to hit the ground running in his maiden season in the ​Premier League. With only one goal to his name, the winger will be looking to find a bit of form to take with him into next season. 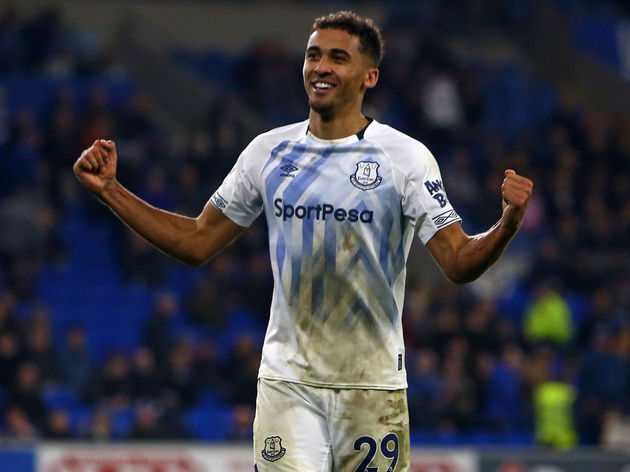 Dominic Calvert-Lewin (ST) - The young Englishman has notched six goals in 16 appearances  so far this season and his hard work and enthusiasm has been rewarded with seven starts in his last seven games.