​Borussia Dortmund will visit Freiburg on Sunday afternoon in a crucial game in their quest to win the Bundesliga title.

Der BVB will be without defender

Here's how Favre's side could line up come kick off. 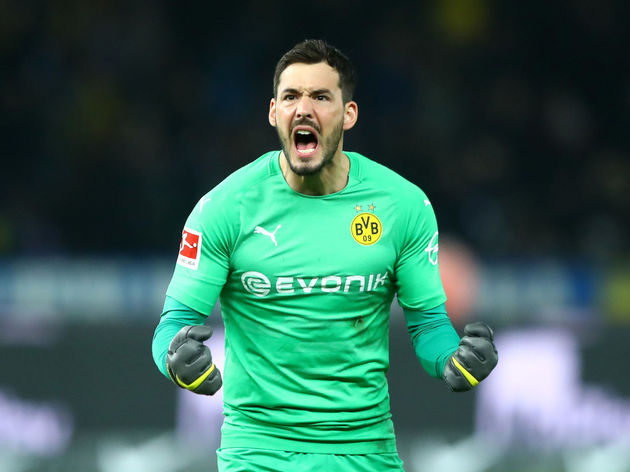 (GK) - The 28-year-old Switzerland international has eight clean sheets in 28 Bundesliga appearances this season. He has made over 100 appearances for ​Dortmund.

Marius Wolf (RB) - In the absence of the injured

Julian Weigl (CB) - After starting at least 20 league games in each of the last three seasons, Weigl has had reduced involvement in the current campaign, starting just 11 games. Although he is considered to be one of the most talented young defensive midfielders in Europe, Lucien Favre has used the 23-year-old at centre back at times this season. With Dan-Axel Zagadou a doubt, he is expected to start here.

Manuel Akanji (CB) - Akanji has had an excellent season at the heart of Dortmund's defence, impressing with his tackling, reading of the game and leadership skills. He has started 20 of Dortmund's league 29 games this season.

Abdou Diallo (LB) - Despite the fact that Diallo has spent most of his career at centre back, Lucien Favre has given the young Frenchman an extended run in the team at left-back following Achraf Hakimi's injury. He has started 24 league games this campaign. Jadon Sancho (RM) - The 18-year-old Englishman has been a revelation for Dortmund this season, scoring 10 goals and providing 13 assists in 29 league games. He has the most assists of any player in the top five European leagues this season. With his fantastic dribbling, trickery, pace and vision, he has been integral to Dortmund's title challenge. His excellent form has also propelled him into the England squad.

Axel Witsel (CM) - Since joining Dortmund in the summer from Tianjin Quanjian, Witsel has produced a string of quality performances. He has provided a calming presence and his ability to shield the defence and start attacks from deep has been invaluable for Der BVB this season.

Thomas Delaney (CM) - Delaney joined Dortmund from Werder Bremen in the summer and has formed an excellent central-midfield partnership with Witsel. The combative defensive midfielder has started 22 league games this season.

Marco Reus (CAM) - After having two consecutive injury-hit campaigns, the captain and talisman of this Dortmund side has been in brilliant form this season, scoring 15 goals and providing six assists in 24 league games. Despite spending most of his career as a winger, Reus has had a productive campaign playing as a number ten. His pace, dribbling and finishing ability have given him the reputation of being one of the best forwards in Europe.