Legendary coach Anson Dorrance has been in charge since 1979 and has overseen all 21 of those national titles, while he was also an early coach of the United States Women's National Team from 1986 to 1994, winning the first ever Women's World Cup in 1991.

The UNC programme has recruited and developed countless players that would go on to become legends, while Tar Heels alums account for as many as 20 of the 43 players who have won a World Cup with the USWNT in 1991, 1999 or 2015.

Including some of the sport's greatest legends, here's a look back at 12 former North Carolina Tar Heels stars... Having started her career in the north east of England with Sunderland, Bronze was recruited by the Tar Heels on a scholarship in 2009 and became the first British player to win an NCAA title.

Bronze returned to England the following year and played for Everton, Liverpool and Manchester City, prior to joining French giants Lyon in 2017. She helped England finish third at the 2015 World Cup, and was nominated for Best FIFA Women's Player in 2017 and 2018. 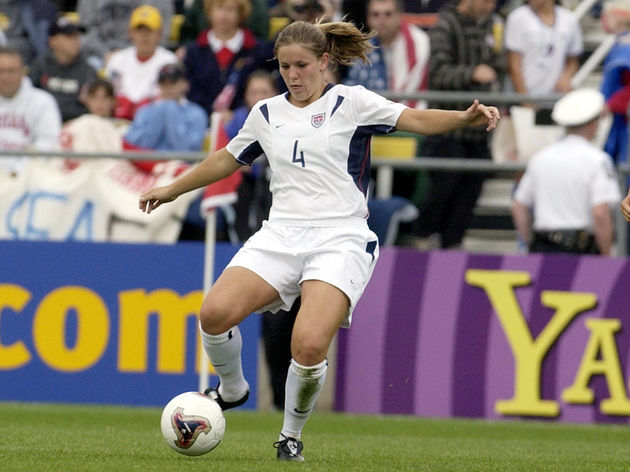 Reddick was a 2003 winner of the Hermann Trophy while a Tar Heels player, the annual prize awarded to the best male and female college players in the country.

The defender made her USWNT debut in 2000 while still playing in North Carolina and went on to play 134 times during a 10-year international career. Reddick won an Olympic Gold medal in 2004 and finished third at two World Cups in 2003 and 2007. Having started at UNC in 2002, Tarpley went on to become a two-time Olympic gold medal winner with USWNT during an eight-year international career that lasted from 2003 to 2011.

The winger was actually only the 23rd player in USWNT history to reach a century of appearances. She would finish on 125 appearances, although it could have been many more but for a knee injury that ended her career in 2011 at the age of just 27. Fair was still in high school when she was called up to the USWNT for the first time in 1996, although she declined the invitation to be an 'alternate' for that year's Olympics roster.

The midfielder was later the youngest member of the 1999 World Cup winners in the same year that she won the third of three NCAA National Championships with the Tar Heels. Overall, Fair finished her career with 120 international appearances. One of six former Tar Heels on the USWNT roster at the World Cup in 2015, Heath will be hoping to add a second World Cup medal to her collection this summer in France.

The midfielder has been a senior international since making her debut in 2008 and has played 147 games and counting in United States colours. Her personal international medal haul also includes Olympic gold medals from 2008 and 2012. Venturini emerged in the early 1990s and won an NCAA Championship every year that she attended UNC, even being named the best female college player in the country in 1994.

The midfielder's international debut came during her collegiate career in 1992 and she remained part of the USWNT until 2000. During that time, Venturini won an Olympic gold medal in 1996 and the World Cup in 1999, playing 132 times in total. O'Reilly has the distinction of being a three-time Olympic gold medal winner after triumphs in 2004, 2008 and 2012 and capped off a stunning career with World Cup glory in 2015. She will retire from professional soccer altogether at the end of the 2019 NWSL season. 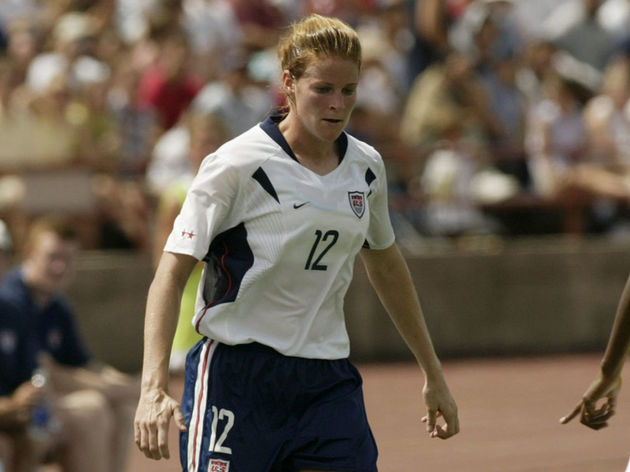 Parlow is one of only two Tar Heels alums to win the Hermann Trophy more than once during her college career. Just a year after leaving UNC she won the World Cup as part of the '99ers' and would score 75 goals in 158 total USWNT appearances.

In retirement, Parlow, also a two-time Olympic champion in 1996 and 2004, has become the latest vice-president of U.S. Soccer after being appointed in February 2019. Overbeck was a double World Cup during her soccer career, winning the tournament in 1991 and then in 1999 as USWNT captain. She also won an Olympic gold medal in 1996.

A 12-year veteran of the team, the defender stepped away from international duty in 2000 after 170 appearances her country. Despite hailing from California, Overbeck returned to North Carolina in 2001 to play for club side Carolina Courage. Remembered as a pioneer as the captain of the United States team that won the inaugural Women's World Cup in 1991 and later national coach, Heinrichs began at UNC in 1983.

After three NCAA Championships, the forward moved over to the relatively new USWNT. After her playing career came to an end in 1991, Heinrichs moved into coaching. Today, she is the Technical Director for U.S. Soccer, having been appointed in 2011. Kristine Lilly won four straight NCAA Championships during her Tar Heels days and was named the best female college player in the country with a Hermann Trophy in 1991.

That was the same year that Lilly, who played a world record 354 international games for the USWNT between 1987 and 2010, won her first World Cup. She added another World Cup triumph in 1999 and has Olympic gold medals from 1996 and 2004. A true icon of the women's game, Mia Hamm played 95 games in Tar Heels colours during her time at UNC and lost just once, setting conference records for goals (103) and assists (72).