​West Ham United are expected to be on the lookout for a handful of new strikers this summer, and have now turned their attention to Hoffenheim star Andrej Kramaric.

The Hammers could lose as many as four first-team strikers this summer, and have long been linked with a handful of strikers across Europe as they look to strengthen in the position. 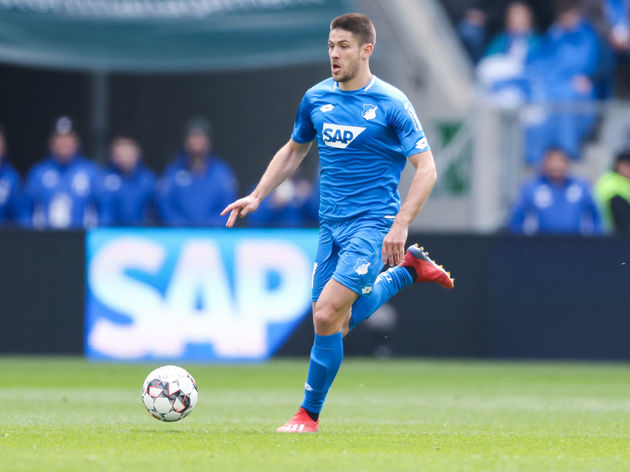 According to ​Calciomercato, the latest man on their wish list is Kramaric. The 27-year-old has been one of the ​Bundesliga's standout performers this season, netting 15 goals in 25 games for Julian Nagelsmann's Hoffenheim.

​Marko Arnautovic, Lucas Perez, ​Andy Carroll and ​Javier Hernandez have all been linked with summer exits from ​West Ham, meaning Manuel Pellegrini could potentially be on the market for at least two or three new signings.

Fans of the Hammers may already be familiar with Kramaric as a result of his time in the ​Premier League with ​Leicester City. A £9m signing in 2015, he managed just four goals in 20 appearances before being shipped off to Hoffenheim, initially on loan, in January 2016.

However, since heading to the Bundesliga, Kramaric has certainly enjoyed a career resurgence, netting 56 goals in 125 games, which also saw him return to the Croatian national team.

He fuelled talk of a return to England in an interview with Omnisport (via ​Yahoo Sport), admitting the prospect of returning to the Premier League is certainly intriguing to him. With his international side, the 27-year-old has showcased his impressive versatility, operating as a winger on several occasions, just as he did in November's 2-1 defeat to England, in which he netted his side's only goal.

He remains under contract until the summer of 2022, meaning Hoffenheim will certainly be in no rush to part ways with their star striker.