United lost 3-0 at Camp Nou on Tuesday night, contributing to a comprehensive 4-0 aggregate pummelling overall and the club's biggest ever two-legged European defeat.

Solskjaer saw his team start brightly and create early chances, but the opening goal from Lionel Messi resulted in United wilting under the pressure, again.

In public, the Norwegian remained relatively diplomatic, speaking of the quality of Messi and acknowledging that United have 'lots of work to do' before they reach Barcelona's level.

Privately, however, The Sun claims Solskjaer let his players know exactly what he thought of their efforts, or apparent lack thereof.

The tabloid alleges the United boss was 'sat head in hands' in Camp Nou's away dressing room after the game. When he stood up to address the players, he stated that 'some were not giving 100 per cent', something which had already been apparent in recent games as well.

How the players now respond remains to be seen. 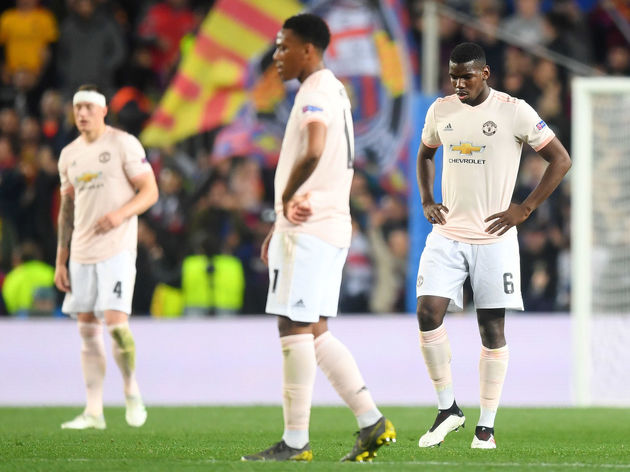 After a miserable run of results under Jose Mourinho, United won 14 of Solskjaer's first 17 games in charge when the popular former player took over as caretaker manager in December.

Since then, however, the team has lost five of the last seven, winning only two of the last five games since Solskjaer was appointed on a permanent basis and handed a three-year contract.

On the journey to being the best you’ve got to experience the best. Is it just a loss or is it also a lesson?

We will be back #MUFC pic.twitter.com/VvY4FLL86w

For whatever reason, performances have badly tailed off in recent weeks, with United currently more resembling the team which appeared to be going through the motions under Mourinho than the one that was bringing back the 'United way' when Solskjaer first arrived.