Newcastle winger Kenedy has potentially dropped a hint about his time at Newcastle with a suggestive caption on a recent social media post.

The Brazilian has been with the Magpies since January 2018, joining on loan from Chelsea. However it seems that he has not had the most positive experience, shown by his caption on a recent Instagram post.

On an Instagram post from Kenedy’s official account, he wrote in his native Portuguese: “You learn more in failure than you will ever learn in success.”

Honest stuff from Kenedy via his latest Instagram post - "You learn more in failure than you will ever learn in success"#nufc #cfc pic.twitter.com/EDCNWg3Lzj

The Instagram caption seems to be a big hint at ​Kenedy’s experience at ​Newcastle, suggesting that he is not enjoying life at St. James’ Park. The Brazilian will likely return to ​Chelsea at the end of the season, when his loan deal expires in the summer.

Kenedy first joined Newcastle in last year’s January transfer window, as Chelsea loaned him out for the remainder of the season. He got two goals and an assist in his time on Tyneside, before returning to London at the end of the spell. In the following transfer window, Newcastle expressed their interest of resigning the Brazilian for the 2018/19 season. With the Magpies eager to sign him and Chelsea showing no interest in using him, Kenedy returned to St. James’ Park for the rest of the season.

However, it has been another difficult season for the 23-year-old, despite featuring in all but one of Newcastle’s opening 14 league games. With the turn of the year, Kenedy fell out of favour and has since struggled for gametime under Rafael Benitez.

The Brazilian has generally struggled this season, featuring in just six of Newcastle’s last 14 ​Premier League games. He has made 26 appearances in all competitions this campaign, scoring one measly goal. 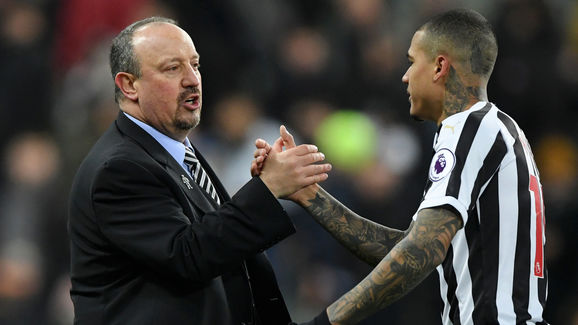 When Kenedy returns to Chelsea, he may well be facing his fourth consecutive loan spell. Having been loaned out to the Magpies and Watford, the summer arrival of Christian Pulisic from ​Borussia Dortmund will make it even harder for him to earn a place in Maurizio Sarri’s squad.

Newcastle are back in action on Saturday, when they welcome ​Southampton to St. James’ Park. They then travel down to the south Coast, as they face ​Brighton the following Saturday.