​Manchester City midfielder Bernardo Silva has said that he is even more determined to win the Premier League title, following the Citizens' Champions League exit.

City were knocked out at the quarter-final stage at the hands of Tottenham, and despite winning 4-3 on the night, Spurs were the ones who advanced on away goals. Speaking after the game, the Portuguese midfielder gave his thoughts on the defeat. 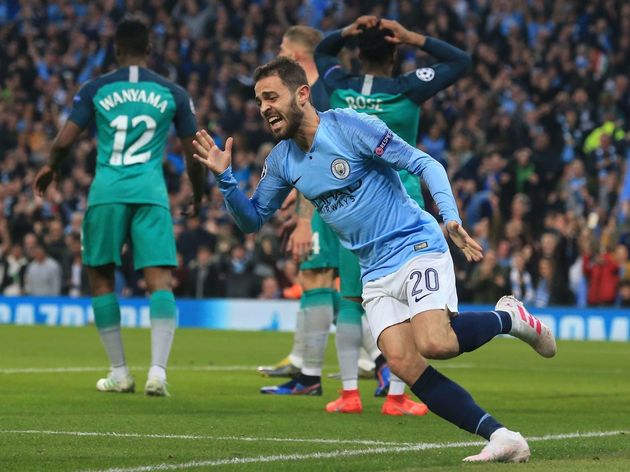 As quoted by The Daily Express, Silva said: “Obviously we are very disappointed tonight but we will have to forget about it and go for the competitions we are still in. We have a game in three days against Tottenham, again here at home. We need the three points, to win.”

​The result against Tottenham brought ​Manchester City’s quadruple hopes to an end, as they bowed out of Europe on Wednesday night. They will have to do it all over again on Saturday, as they host ​Tottenham in the Premier League at the Etihad.

Speaking about Saturday’s league encounter, ​Silva added: “This is not time for revenge, [it is] time for another competition, time to keep us alive in the title race. We will try to win the game in the same way we did today, knowing that we are playing against a very good team.” City were aiming to reach the semi-final for only the second time in their history, but fell just short. “It’s not a very good feeling to have but now we have to focus on the Premier League and FA Cup," Silva said.

City will now be aiming to secure a domestic treble, as they remain in the ​Premier League title race and have an FA Cup final against ​Watford to look forward to next month. They’ve already secured one piece of silverware, beating ​Chelsea to lift the Carabao Cup in February. The Citizens currently sit second in the league, two points off leaders ​Liverpool. On the prospect of the title race, Silva explained: “We know Liverpool are probably winning all their games so we have to win all our games.