​England forward Beth Mead has said that she has bigger expectations for her role in the national team ahead of the Women’s World Cup.

The Arsenal attacker spoke of her aspirations for this summer’s tournament, and her hopes for being involved in manager Phil Neville’s key setup. Neville will name his England squad next month, as they continue preparation for the tournament in France. 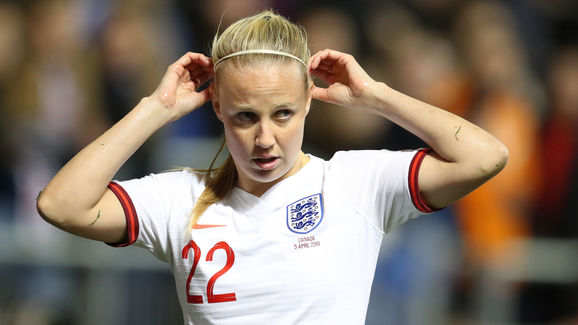 Speaking to The Telegraph, Mead said: “I’ve got more of an expectation than just being in the squad now. That’s why I’m not acting differently, but reacting differently to the situations [Neville] is putting me in. I let him know if I’m angry about not being there.”

Mead was describing her emotions after the England manager left her out of their SheBelieves Cup match against the USA, where she was informed that she would not start. Although the Three Lionesses went on to win the competition, she was clearly upset about being left out.

Speaking about Neville's decision to exclude her from the starting lineup, Mead added: “He [Neville] asked me if I had anything to say. I didn’t give him the nicest look. I said no and I asked if I could leave the room. He knew that I was a bit annoyed then.” Mead will be eager to earn a call-up for England’s 23-player squad next month, as she looks to add to her ten caps. Despite having only made her Three Lionesses debut last April, the 23-year-old has already scored five goals for the senior team.

The ​Arsenal forward has been in excellent form for her club as well, as the Gunners sit top of the Women’s Super League with three games to play. Mead has eight goals in 23 appearances in all competitions this season, with six of them coming in the league. If called up for this summer’s World Cup, it would only be Mead’s second international tournament following the SheBelieves Cup in March.

“It’s hard – it’s that in-between of not getting too excited because it could be that I’m not going," Mead added. "There’s a lot of emotions running round, but I don’t want to think about it too much.”