In their debut season, United have played all of their home games at Leigh Sports Village, a venue to the west of Manchester that is primarily associated with rugby league but also plays host to the club's Under-23 and Under-18 men's teams. 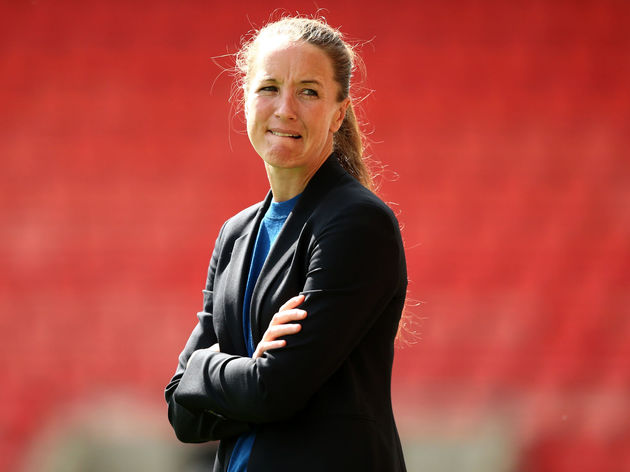 "We've had discussions with the club [about playing at Old Trafford]. It logistically wasn't possible this year with the short turnaround and the schedules. But I know it is something the club are looking into next year," Stoney told BBC Sport this week.

"If the schedules fit and it's the right time, then I'm sure it's something that could happen."

Indeed, reserve and youth team games are occasionally played at Old Trafford, with the Under-23s recently hosting West Brom at the Theatre of Dreams on a free entry night.

The news that both United and Manchester City are open to hosting women's games at Old Trafford and the Etihad Stadium respectively was reported by Manchester Evening News earlier this month. "What I would say is now there are some teams, the big teams, who have got to open their big stadiums and fill them. Let's blow the rest of Europe away because I think the game in this country is at a far better place than what it is in Spain or Italy," Neville said.

"If Man United or Arsenal win the league, throw open your stadium."

The idea of United hosting women's games at Old Trafford has actually been a possibility from the very beginning. Aside from Leigh, the team has two official secondary venues that 'may or may not be used' at any point during the season. One is Old Trafford and the other is Moss Lane, home to National League North side and famous FA Cup giant killer Altrincham.

United's women have been a great success on the pitch since the team was formed last summer. Stoney's team have taken the second tier Women's Championship by storm and secured promotion to the top flight Women's Super League with three games still to play when they thrashed Aston Villa 5-0 on Wednesday night.

One more win will also seal the league title, with United facing Crystal Palace at Leigh on Saturday.