Porto manager Sergio Conceicao has revealed he believes the outcome of their quarter final Champions League tie with Liverpool was 'unfair', in spite of the 6-1 aggregate defeat.

The Reds ran riot in the second half of Wednesday's second leg in Portugal, with Mohamed Salah, Roberto Firmino and Virgil van Dijk all adding to Sadio Mane's first half opener, giving Jurgen Klopp's side a 4-1 win on the night. However, Conceicao is unsure that the scoreline reflects the match. 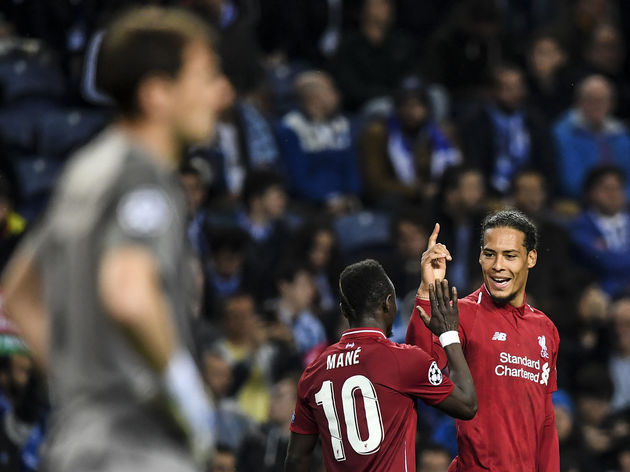 As quoted by the ​Liverpool Echo, the Porto boss explained: ​​Liverpool

Jurgen Klopp's defence had to weather a first half storm from Porto before Mane poked home from a scuffed ​Salah shot to essentially put the tie to bed before half-time.

“They are a good a team, they made it intense and the lads dug in and defended really well.”https://t.co/KLpNVQYSuX

The Portuguese champions had it all to do after last week's 2-0 first-leg defeat at Anfield, where first half strikes from ​Naby Keita and ​Firmino put one Liverpool foot into the ​Champions League semi-final - another result by which Conceicao feels aggrieved.

He added: “We did not deserve to come away from Anfield with a two-goal difference. Today we knew it was possible, we prepared a strategy that I think was appropriate, and at first we did well at all levels.

Klopp: I don't think it's a result that reflects the two games. Porto made our life very difficult tonight. It was really nice to be part of a game like this when the crowd are right behind their team - a proper football atmosphere.

“The strength coming from the stands made me shiver. We have played our part in Europe. My players were fantastic."

The 44-year-old is not wrong - Porto did play their part this season. After going unbeaten through the group stages, the Dragoes impressively overcame a 2-1 deficit in the last 16 against Serie A's Roma to reach the quarter finals.

As for Liverpool, Wednesday's victory has set up a mouth-watering tie in the last four against ​Barcelona, who saw off Premier League opposition ​with consummate ease on Tuesday in the shape of ​Manchester United.

The first leg will take place at the Camp Nou on 1 May, as the Reds look to reach their second successive Champions League final.