De Ligt has been heavily linked with a move to Camp Nou for some time, while there has also been rumoured interest from Juventus, whose heart he broke in the Champions League quarter finals this week, and now also Manchester United. Barça were able to convince Frenkie de Jong to confirm his next move as early as January after securing an €86m summer deal several months in advance, but De Ligt has stopped short of committing himself to another club while the current season is still ongoing.

According to SPORT, the Catalan club have 'done nearly everything they need to do' to make 19-year-old De Ligt their player next season. The negotiations are said to be 'advanced' and the club are apparently 'optimistic' he will join and are 'not worried about missing out'.

SPORT acknowledges speculation that De Ligt is waiting to see how far Ajax can go in the Champions League and if it will yield a better offer for him. But the newspaper asserts that this is not the case and the player is merely delaying because the time is not right to go public given that Ajax are at a crucial stage of the season. 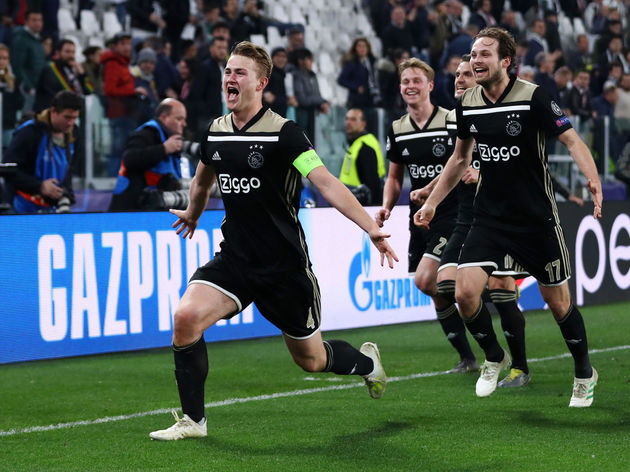 SPORT even further pushes the idea that signing De Ligt is practically a done deal by carrying news that Ajax have signed 18-year-old defender Kik Pierie from fellow Eredivisie side Heerenveen, a player seen as the 'replacement' for De Ligt in Amsterdam next season.

Whatever the future may hold, for the remainder of this campaign, De Ligt will be focused on helping Ajax complete a treble, an achievement that would surpass de Godenzonen's Golden Generation of 1995, who never managed it, and match the 'Total Football' team of Johan Cruyff, who did it in 1972.

Ajax are locked in an Eredivisie title battle with PSV Eindhoven, are due to face Tottenham in the semi-finals of the Champions League, and will meet Willem II in the KNVB Cup final in May.