​Manchester City manager Pep Guardiola has said that his side must accept their Champions League exit, as Tottenham knocked them out on Wednesday night.

The Citizens won 4-3 on the night, thanks to goals from Raheem Sterling, Bernardo Silva and Sergio Aguero. However, it ended 4-4 on aggregate as Spurs went through on away goals at the Etihad in what was a devastating outcome for City. Speaking after the game, Guardiola gave his thoughts on the dramatic night. As quoted on the club’s official website, he said: “Yeah, it’s tough. It’s cruel but we have to accept it. It was a nice game for everyone. Second half we did everything.

“We scored the goals we needed but congratulations to Tottenham and all the best for the semi-finals.”

​Manchester City scored four fantastic goals on the night, with ​Kevin de Bruyne notching three assists. However it wasn’t to be for the Citizens, as a 73rd minute close range finish from Fernando Llorente sent the visitors into the ​Champions League semi-finals. 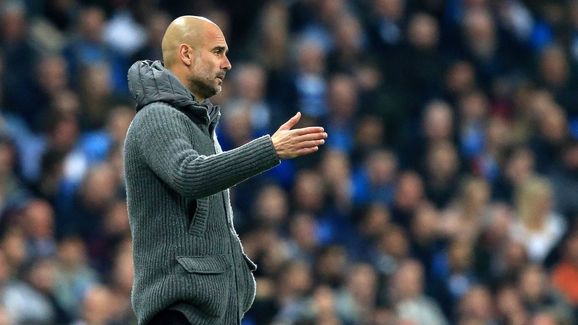 Guardiola added: “I am so proud, especially of the fans for the reaction and the incredible reaction. I never saw the stadium like today. We are sad for all of them but they know we have given everything but football is unpredictable and unfortunately we are not in the next stage.”

The tie was dominated by the intervention of the Video Assistant Referee (VAR). After Llorente’s goal was verified by VAR, ​Raheem Sterling thought he had scored a dramatic 93rd minute winner. However it was ruled out through VAR, because ​Aguero was offside in the build up. 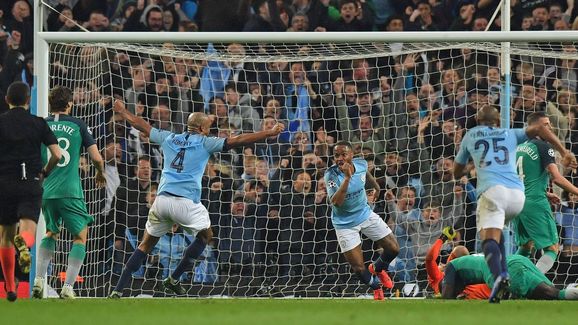 Speaking about the new system, Guardiola said: “I support VAR. But maybe from one angle the goal from Llorente is handball, maybe from the referee it is not. I am fine for fair football and fair decisions. The referee must be helped. In the future and the present, it will be fair and that’s all.”

Manchester City must do it all over again against ​Tottenham on Saturday, as the two meet again in the ​Premier League. City then face a huge Manchester derby, travelling to Old Trafford to face ​Manchester United next Wednesday.