Tottenham qualified for the Champions League semi-finals in style, as they beat Manchester City on away goals in a seven-goal thriller on Wednesday night.

City took the lead after just four minutes, thanks to an excellent strike from Raheem Sterling. The English forward picked up the ball on the edge of the box, and curled it into the bottom far corner to level the tie early on.

Spurs were level just three minutes later, as Son Heung-min hit a low shot that went through Ederson. Son got his second of the night after another three minutes, as he curled the ball into the top corner to get his third goal against City within a week.

Manchester City pulled one back moments later, as Bernardo Silva broke through and slotted home for the Citizens. Sterling drew his side level on aggregate soon after, as he swept home a wonderful low cross from Kevin De Bruyne to take the lead on the night.

Sergio Aguero turned it around for City in the second half, thumping home De Bruyne's clever pass. Fernando Llorente gave Spurs the advantage once again in the 73rd minute, and despite a VAR check, the goal was given.

City thought they had won it right at the end, but Sterling's last gasp goal was disallowed for offside after another VAR check. However it was Spurs who prevailed in the seven-goal thriller, as they progressed to the Champions League semi-finals. 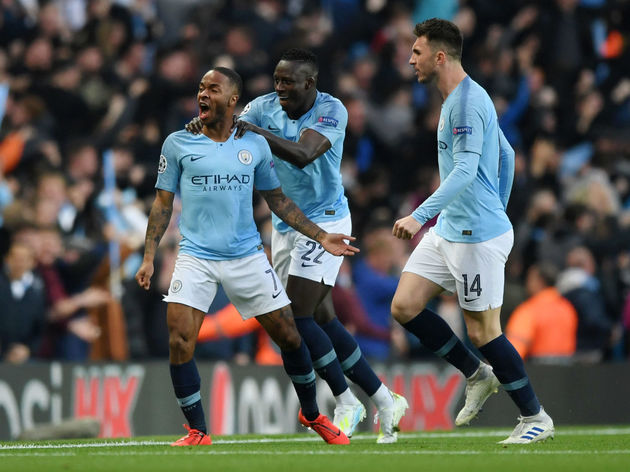 ​Manchester City knew that they had a job to do, and started perfectly as they levelled the tie inside four minutes. In attack, City were rampant and ruthless all night long, producing a clinical first half performance. Their four goals were superb, and their attacking display was flawless.

However, they knew that they simply could not give any away goals away. Instead, they went on to concede three. City were very poor and vulnerable at the back, making at least a million defensive mistakes on the night. Their defensive display cost them, as they crashed out on away goals.

Though City should be proud of their efforts and achievements this season, it brings an abrupt end to their quadruple hopes as they bowed out of Europe. It was a cruel way to be knocked out, and despite their excellence in attack, it was their weakness in defence that cost them.

Kevin De Bruyne has got a hat-trick of assists tonight. It's safe to say he's the best in the world at what he does.

STAR MAN - There were so many outstanding players for City, as they produced a ruthless attacking performance...which somehow still wasn't enough. Raheem Sterling and Bernardo Silva's first half goals gave the Citizens momentum, while Sergio Aguero also scored a second half goal.

However, it was ​Kevin de Bruyne who stole the show in a spectacular display. The Belgian got an incredible three assists for City, with some superb passing all game long. Although City lost out on the night, De Bruyne was back to his best. 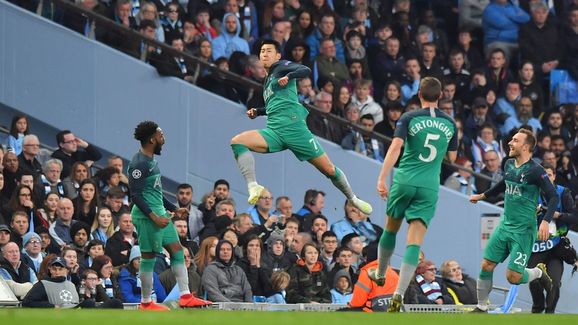 It looked like it was going to be heartbreak for ​Tottenham as they went 1-0 down inside four minutes, but they stayed composed and attacked in style as Son scored a quickfire brace. However their defence was cut open far too often, as they allowed City to score four goals.

Nevertheless, their poor defending didn't matter as Llorente's late goal saw Spurs make it 4-3, and therefore level on aggregate. It was a hard fought win and an incredible display from Mauricio Pochettino's side, who secured one of the greatest results in their history.

It sees Spurs progress to the Champions League semi-finals for the first time in 57 years, as they reach the final four for the first time since the 1961/62 season. It is an incredible result for Spurs, who thoroughly deserve to be in the semi finals.

STAR MAN - ​Son Heung-min's early brace was absolutely key for Spurs, as it gave them the momentum and confidence to go on and win the tie. He was absolutely outstanding for the visitors, as he produced another excellent performance. 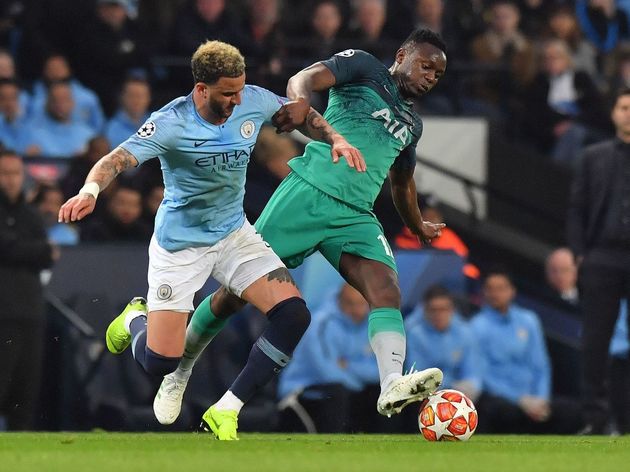 Tottenham will now play Ajax in the Champions League semi-finals, after they beat Juventus 3-2 on aggregate. The first leg will be played on 30 April/1 May, with the second leg on 7/8 May.

​Manchester City and Tottenham will meet for the third time in 11 days, as they face off at the Etihad on Saturday afternoon. City then face Manchester United next Wednesday in an eagerly anticipated Manchester derby, while Spurs host Brighton next Tuesday.