Leading 2-0 from the first leg, Jurgen Klopp's men were obvious favourites going into the second leg, but despite this billing, they struggled in the opening exchanges as Sergio Conceicao's team went all out in search of a goal.

Porto were direct with their attacks, peppering Alisson's goal with plenty of shots, all to no avail. In the first half alone Porto had 15 shots but did not find the back of the net.

They finally found the net in the 69th minute thanks to a bullet header from Eder Militao but it was a little too late for Porto.

Within the first 20 minutes of this game, Porto right back (soon to be Real Madrid right-back) Eder Militao had a golden opportunity to make Liverpool sweat in this tie, as he rose highest following a good cross, met the ball unchallenged, but saw his header sail wide of Alisson's goal. Queue a sigh of relief from the Liverpool fans inside the Estádio do Dragão. 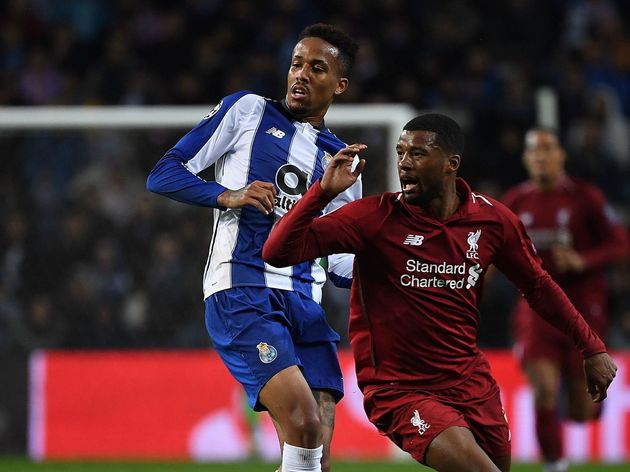 If the Brazilian's header had found the back of the net, Liverpool, who had been under the cosh in the opening stages, may have let the pressure get to them.

But they escaped, and it wasn't long before ​Sadio Mane opened the scoring following a VAR review for offside. The debate will be on whether Mane was in fact offside, with the call seeming very marginal.

Sadio Mane worked tirelessly for Liverpool in Portugal. He was rewarded with a goal and also played a part in ​Salah's goal, creating space for his attacking partner. He also came away with a second, but his shot sailed agonisingly over the bar. The Senegalese forward troubled Porto's defenders with his pace, and often found himself in dangerous positions. Mane has established himself as an important player for Jurgen Klopp's side since the turn of the year.

He will need to be on top form if Liverpool are going to reach a consecutive Champions League final. Liverpool travel to Cardiff in the next match as they continue the hunt for the first ever elusive Premier League trophy. Jurgen Klopp will not want his players to drop their intensity against Cardiff as his side need to win all of their remaining games to be in with a chance of being crowned champions come the end of the season.