​Tottenham will send scouts to go watch Werder Bremen forward Max Kruse, as they prepare for a possible summer bid.

Spurs scouts will travel to Germany this weekend to watch the German forward in action, before deciding whether to further pursue him in the summer transfer window. As reported by German news outlet DeichStube, Tottenham are looking ‘very closely’ at Kruse, though face a lot of stern competition. He has a lot of interest across Europe, with German champions ​Bayern Munich and ​Serie A side ​Inter among those interested.

They added that Kruse is eager to move to one of Europe’s biggest clubs, with Werder Bremen’s sports chief Frank Baumann saying: “Max would like to wait and see if there will be an absolute top club from a top league.”

Kruse has been in excellent form this season, with Werder Bremen sitting seventh in the ​Bundesliga just outside the European spots. The 31-year-old has been key to Werder’s success this season, with 11 goals and 14 assists in all competitions for Die Werderaner. Having spent his entire career in his native Germany across five clubs, Kruse is now considering a move abroad. However he could also remain in his home country, thanks to Bayern’s increasing interest in the Werder forward.

Kruse’s contract at Werder expires at the end of the season, with the German having been at the club for six years. He has enjoyed a very successful career, which includes earning 14 caps for the German national team.

​Tottenham are eager to add another striker to their ranks, as they currently have three recognised strikers in their squad. With Fernando Llorente’s contract expiring in the summer and ​Vincent Janssen still recovering from injury, Spurs could certainly do with another striker. 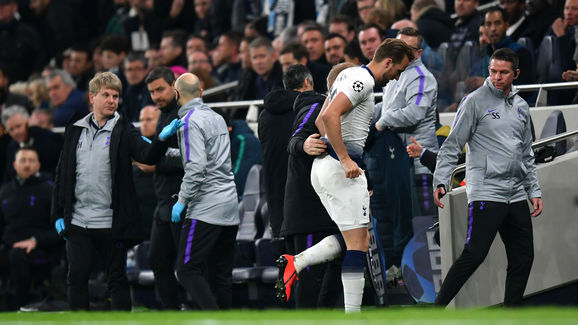 Though Kruse would likely be backup to Spurs’ star man ​Harry Kane, he would be a crucial one. Kane has faced multiple injury problems throughout his career, including a recent one that will likely keep him sidelined for the rest of the season.