​Bayern Munich host Werder Bremen in the Bundesliga this Saturday as they push for a seventh consecutive domestic title.

The Bavarians leapfrogged rivals Borussia Dortmund after a 5-0 hammering sunk the yellow submarine at the Allianz Arena at the start of April. That result saw them take a single point lead at the top of the table, with the following week's victory at Fortuna maintaining their advantage. They were unceremoniously dumped out of the ​Champions League at the last-16 stage, with ​Liverpool ​Bayern

Here's 90min's preview of the clash.

Neuer's understudy, Christian Früchtl, is also missing for the meeting with Werder as he continues his recovery from an elbow injury.

Die Werderaner will have to make do without forwards Fin Bartels and Johannes Eggestein, both of whom are struggling with muscular problems, whilst a thigh strain will keep midfielder Philipp Bargfrede out of Saturday's match. ​Former Real Madrid

The youngster completed his brace against his old side mere minutes after the restart, a botched clearance ricocheting in off the 23-year-old's shin to hand Bayern a hugely fortuitous victory.

Serge Gnabry ahead of the double meeting with Bremen: "Werder was my first club back to Germany after my time in England. I fell in love with the club during my time there. I am pleased to see them doing well and I’m looking forward to seeing my old friends." [dfb] pic.twitter.com/6HY0XSRA9K

That was the Bavarians' 16th win in a row against their opponents, with Werder Bremen's last success coming over a decade ago. Since then they have secured just three draws, receiving a couple of 6-0 humblings, as well as a 7-0 annihilation in front of a devastated home crowd in 2013.

The overall record is resoundingly one-sided,

Bayern have scored 14 goals in their last three fixtures, the 5-0 destruction of ​Dortmund bookended by 5-4 and 4-1 wins against Heidenheim and Fortuna. They were held in the match preceding that run, as Freiburg kept them to just one score.

Polish hitman Robert Lewandowski has hit six in his last five appearances, including a double in the heavyweight clash with Dortmund. The visitors are the only German club unbeaten in the Bundesliga in 2019, their last defeat coming away to RB Leipzig in their final fixture before the winter break.

They have won five of their last six games in all competitions, seeing off Freiburg a week ago courtesy of a late double from Theodor Gabre Selassie and former ​Everton midfielder Davy Klaassen.

Here's how both teams fared in their previous five matches:

Werder have been immaculate since the turn of the year, claiming impressive victories during their stellar run. They go into the game at the Allianz with momentum firmly behind them, suggesting their hosts will have to be at their best to grab the win. 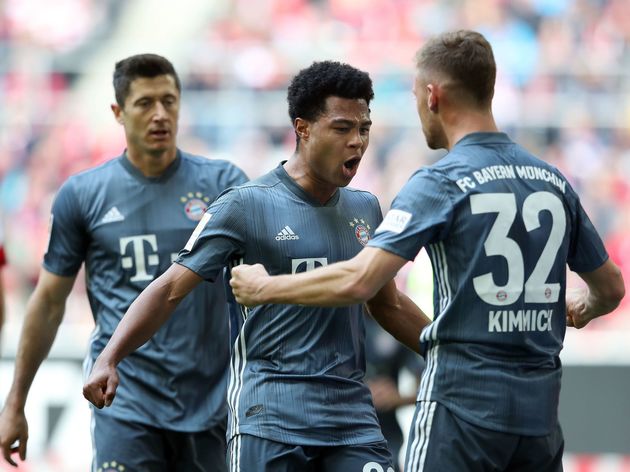 Despite that fine showing, Bayern should have the firepower, experience and expertise to overcome their opposition, especially when they have the added impetus of being in a tense ​Bundesliga title race.

The league leaders have been rampant since being knocked out of the Champions League, mercilessly trampling those in their way. Subsequently, Werder may well lose their undefeated tag.