Ajax: How De Godenzonen Have Channeled Johan Cruyff on Their Path to Champions League Glory

​With two draws against Bayern Munich, a 4-1 win over Real Madrid and now a 2-1 win over Cristiano Ronaldo's Juventus, Ajax continue to astound the world.

Some have labelled their success as a fluke, while others have called them "the Giant Killers". Neither of these descriptions is true, De Godenzonen are simply just an astounding team. They're not just Eredivisie-good, they are Champions League-good. Since joining the club in December 2017, Erik ten Hag has spread his influence throughout Ajax's team sheet. He will have grown up watching Johan Cruyff managing both Ajax and ​Barcelona, and he has clearly moulded his game on the legendary Ballon d'Or winner's managerial career.

Cruyff was all about possession and speed, setting up in diamonds to overwhelm opponents, and Ten Hag has brought those qualities to his Ajax side.

They lure opposition attackers into pressing their deepest line of defence, allowing them to work the ball forward quickly from diamond to diamond to capitalise on the space and gift their forward line plenty of chances to flourish. 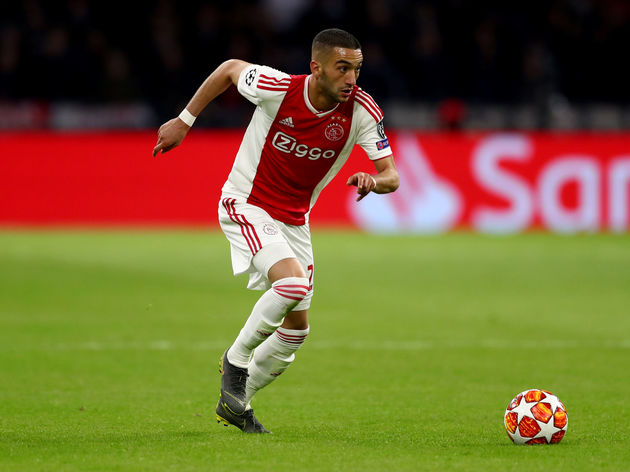 Inside-forwards wreak havoc on retreating defences, combining with willing wing-backs who make themselves available for all phases of play. Whether they stay central or drift out wide, they create plenty of passing lanes, and every player in the team knows how to react to their teammates' movements.

Tactics are all well and good, but without quality players, any system will fail on the biggest stage. Fortunately for Ajax, their squad is full of stars, wonderkids and experienced veterans, and they all combine to put Ten Hag's plan into action. 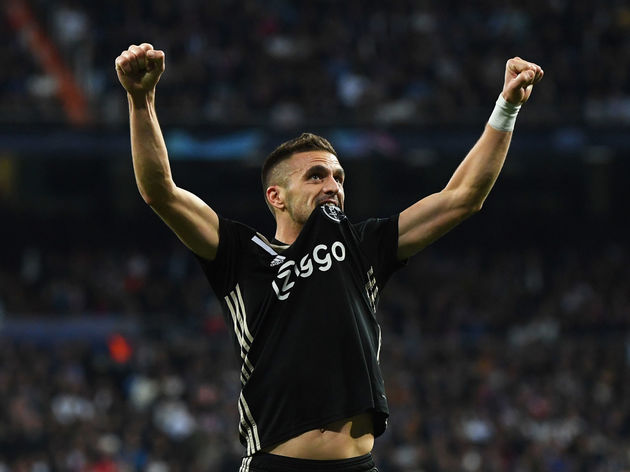 Defensively, the well-travelled ​Daley Blind links up with young Matthijs de Ligt to create a pairing who are comfortable under pressure. In attack, Dusan Tadic rotates with the exciting David Neres and Donny van de Beek, whilst Hakim Ziyech's creative genius sees him pull the strings.

Tadic's role in this side is arguably one of the most important. The former ​Southampton man is given plenty of creative freedom, and his willingness to drop deep and allow teammates to push ahead makes him a nightmare to defend. ​Real Madrid simply couldn't cope with the fluidity, and now ​Juventus have fallen to their tactical prowess.

Then there's the small matter of Frenkie de Jong, Barcelona's new €75m signing. His potential is sky-high, but the Blaugrana wouldn't pay such a fee if he wasn't already a star. His ability to break up attacks is already elite, whilst his composure and creativity allows him to burst forward and play the ball through Ajax's diamonds, making him the heartbeat of this team. Ten Hag has concocted a stunning style of play, and each player clearly believes in what the Dutchman is trying to do.

Nobody gave them a chance in this season's ​Champions League, but here they are, in the semi-final, and deservedly so. They have spent 15 months perfecting Ten Hag's style of football, and they are now reaping the rewards. Just three more wins, and they could be lifting that famous trophy.