Major League Soccer has been the top division of US football since 1993 and has grown significantly in its 26 years. Up until recently, the league was known for ageing stars moving to the United States for big money and a chance to finish their career in a much less demanding environment than they had previously known.

While this system worked for the league for a while, the trend of recent seasons has been more about the development of young players coming through the ranks and eventually selling them off to bigger leagues. As a result, the quality of MLS football has increased tremendously in recent years and we have seen players thrive overseas.

Here's a look at the next set of stars who could be on their way to Europe and where they may end up. Kemar Lawrence is arguably the best defensive full-back in the ​MLS and without a doubt the best left-back in the league.

Suitable Transfer Destinations: Over the last few years, Lawrence has drawn attention from Turkish sides Fenerbahce and Trabzonspor who added the 26-year-old to their shortlist of players to acquire in previous windows. Reigning MLS Defender of the Year Aaron Long had himself a breakout season in 2018. Long was the leader of the best back four in the league last year and even earned his first call up to the US national team.

Despite signing a new long-term contract in February, the deal was only made to fend off several offers coming in from overseas.

Suitable Transfer Destinations: Eintracht Frankfurt were believed to be leading the race for Long's signature in the January window and they continue to be the frontrunners for the 26-year-old's signature. Partner club RB Leipzig could also be in the hunt after Tyler Adams' strong start to his career in Germany's top division. Honduran international Alberth Elis has scored 21 goals and provided 14 assists in 56 regular-season matches for the Dynamo, despite the club's mediocrity over much of the previous two years.

Suitable Transfer Destinations: At the beginning of January, Celtic had reportedly been leading the charge for the 23-year-old Honduran, tabling a multi-million-dollar bid for Elis. Other reports believe Elis could be headed to Turkish side Fenerbahce as they look to bolster their attacking options. 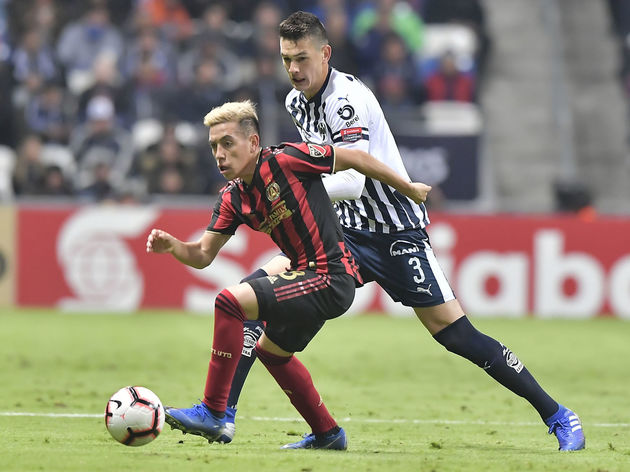 After enduring a slow start to his career in MLS, Ezequiel Barco has been one of the standout performers at the start of the 2019 season. Barco was brought in from Independiente in the winter of 2018 as the most expensive signing in MLS history.

Barco has already scored three goals in five league matches for his side and put his skill on display in Atlanta's previous match by scoring this beautiful goal against New England Revolution.

Ezequiel Barco is up for MLS Goal of the Week! One player who has arguably benefitted the most from Wayne Rooney'smove to the US has been 24-year-old Argentine Luciano Acosta. When the Englishman moved to D.C in June, Acosta only had one goal and four assists for his club. After Rooney arrived, the 24-year-old accrued nine goals and ten assists over the rest of the campaign.

Suitable Transfer Destinations: After earning himself a spot in the MLS Best XI for the 2018 season, Acosta attracted interest from some of Europe's biggest clubs. PSG and Atlanta almost got a deal done for the attacking playmaker on the final day of January but the sides couldn't reach an agreement before the deadline. After Miguel Almiron's move to Newcastle United in January, European clubs will be looking for the next star to come out of the United States and 21-year-old Diego Rossi could be that player. Rossi has already scored six goals in seven MLS matches this season and doesn't look to be slowing down any time soon.

Rossi and Carlos Vela have formed one of the most feared partnerships in the league, and recent results have shown that it is only getting stronger.

Suitable Transfer Destinations: While no European clubs have been directly linked to Rossi, a move to Spain or England is the most likely destination for the young forward. European clubs will look at his partnership with Vela as proof he can connect with high-level talent on a regular basis, something always lucrative to big teams scouting up-and-coming prospects. Since arriving to MLS prior to the 2017 season, Josef Martinez has been scoring goals for fun, shattering the single-season record in 2018 with 31 goals. Martinez has tested himself overseas in the past with Torino in Italy and Young Boys in Switzerland but was never able to make a real impact on either club.

This season, Martinez has Gonzalo Martinez as his main playmaker, replacing Almiron after the Paraguayan departed for Newcastle in January. The 25-year-old has gotten off to a slow start in the league this season, scoring just one goal in five appearances thus far.

Suitable Transfer Destinations: Despite committing to Atlanta for the near future, Martinez has been tracked by clubs in La Liga, the Premier League and Ligue 1. It would take a massive offer to pry the Venezuelan away from Atlanta United, likely breaking the MLS transfer record.