Is there are more exciting youngster in world football right now than Benfica's Joao Felix?

The 19-year-old has taken Europe by storm, and that was before he became the youngster player to ever net a hat-trick in the Europa League. He broke the record set by Sergio Aguero, and we all know how good he turned out to be. If Felix becomes half the player Aguero is, he's set for a stunning career.

The question is this - where does his future lie? Most of Europe's heavy-hitters have been linked with a €120m move for the teenage sensation, so here's how likely a switch to some of these suitors really is. The hipsters of this list, ​West Ham United liked Joao Felix before it was cool to like Joao Felix. They were said to be incredibly close to completing a deal for the youngster last summer, with both West Ham and Benfica keen to get it over the line. However, the move failed to materialise.

​The Hammers obviously did enough to pique Felix's interest, and they are said to be sniffing around again this summer. Unfortunately, Felix's price tag has skyrocketed and, with so many elite sides fighting to sign him, West Ham would have to pull off a miracle to win this race. With ​Liverpool earning plenty of money from their performances in both the ​Premier League and the ​Champions League, they can now afford to compete with many of Europe's richest sides, and they will certainly have to do so to land Felix.

However, how would Felix fit into Liverpool's side? Jurgen Klopp has tried to use a 4-2-3-1 formation to fit in four attacking players, but quickly returned to his trusty 4-3-3. ​Sadio Mane, ​Roberto Firmino and ​Mohamed Salah have dominated the starting lineup this season and, barring any shock departures, that's not going to change. Spending €120m on a bench player is not an option. Felix is Portuguese, and that's seemingly all it takes for ​Wolverhampton Wanderers to be interested. Thanks to their relationship with super agent Jorge Mendes, anything seems possible for Nuno Espirito Santo's men.

Whilst they may not share the same global status as the rest of the competition, only a fool would rule out Wolves in this race. They managed to lure Ruben Neves, who was once as wanted as Felix, to the ​Championship last season. They could do it again, but the money might prove to be too much of an obstacle.​ 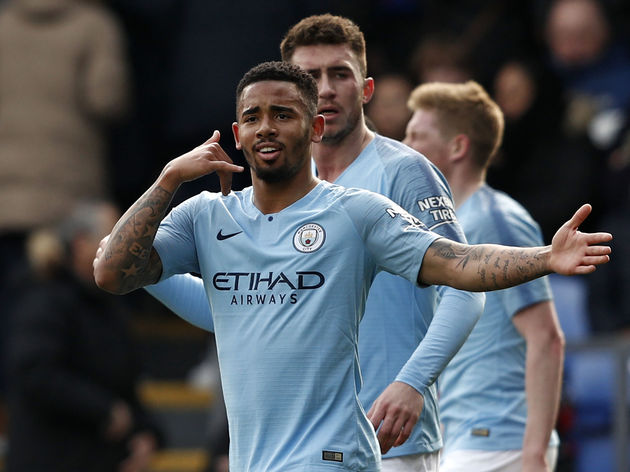 At a price tag of around €120m, ​City are one of a few sides who could find a way to afford Felix without much effort. They have proven to be willing to spend whatever it takes to achieve success, and signing the Benfica starlet looks to be a sure-fire path to glory.

Like Liverpool, there does not seem to be a place for Felix at City. As a striker, would he oust either ​Sergio Aguero or ​Gabriel Jesus? The debate is even greater on the wings, with ​Raheem Sterling, ​Bernardo Silva, Leroy Sane and ​Riyad Mahrez already shining for Pep Guardiola's side.​ Would Felix want to go somewhere to be a part of the rotation? It seems unlikely. ​After the kind of season ​Real Madrid have had, a blockbuster signing like Felix would go a long way to raising spirits at the Santiago Bernabeu. Many fans feel something needs to change, and dropping a cool €120m on one of Europe's brightest talents could be that change.

Whilst affording his price tag would likely not be a problem, Real would have to sacrifice some of their other targets to sign Felix - and the latest reports seem to suggest they're ​not willing to pay that much anyway.

With ​Eden Hazard, ​Paul Pogba and ​Christian Eriksen all on Zinedine Zidane's wish list, Los Blancos have priorities elsewhere. If they want him, they can get him, but they would have to rejig their plans. Like Real, ​Manchester United could be in rebuild mode this summer. This season will end without silverware, and there is a real possibility that they may not qualify for the Champions League next season. To restore themselves to their former glory, United need players like Felix.

With a huge ​transfer budget of over £200m said to be at Ole Gunnar Solskjaer's disposal, United could certainly afford to sign Felix. However, if they fail to qualify for the Champions League, their appeal may fade, whilst funds could also prove harder to come by. All bets are off when it comes to ​Bayern Munich this summer. The ​Bundesliga giants are planning for a huge transfer window, and they have already secured blockbuster deals for both Lucas Hernandez and Benjamin Pavard. They have plenty of young talents on their radar, but few create excitement quite like Felix.

If the Bavarians are ready to spend heavily on youngsters, why would they not turn to Felix? He fits the bill perfectly, and would almost guarantee plenty more years of success. That is exactly what Bayern want, so expect them to be incredibly involved in this saga. ​Juventus are blessed with the one asset which could convince Felix to choose them - ​Cristiano Ronaldo. Felix has already ​spoken of his desire to play alongside his fellow countryman, and he will be well aware that, if he signs with anyone other than the Bianconeri, his chances of playing with the 34-year-old Ronaldo would become incredibly slim.

With this in mind, the race seems to be Juventus' to lose. They can afford the deal, and they know they already have the edge over the competition. They already have a good relationship with super agent Mendes, which would only make this deal easier to complete. For Felix, all the signs point to Turin.