​UEFA are set to aid Arsenal in their attempts to secure a visa that would allow midfielder Henrikh Mkhitaryan to play in Azerbaijan, the host nation of May's Europa League final.

The Gunners take a 2-0 lead into the second leg of their quarter-final fixture against Napoli this Thursday, with Unai Emery's men currently amongst the favourites to win the overall tournament. However, as things stand, Mkhitaryan would be unavailable for the showpiece event - held in the Azerbaijani capital of Baku - due to ongoing conflicts between the country and his native Armenia. 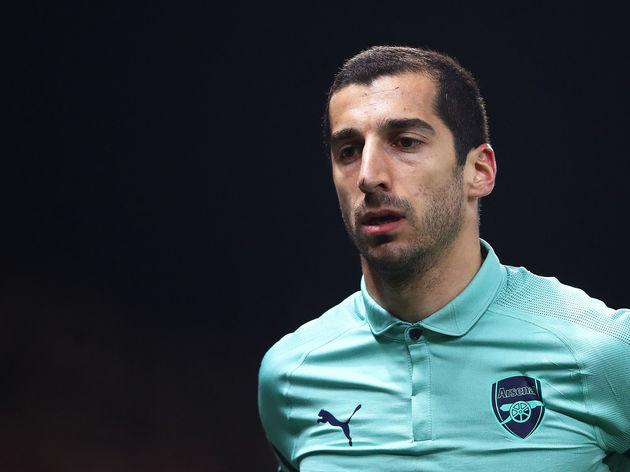 When ​Arsenal ventured to Azerbaijan for their group stage clash with Qarabag earlier in the campaign ​Mkhitaryan was left out of the travelling squad. Nevertheless, the final is evidently of greater significance than that October meeting, adding impetus to attempts to secure a visa for the 30-year-old.

​ESPN FC report that UEFA expect the former ​Manchester United player to be granted permit due to the exemption for those participating in sporting events. Such an outcome would hand the north Londoners a sizeable boost should they reach the final on 28 May.

Mkhitaryan has featured in eight of the club's matches in European competition this season, making an appearance off the bench during last Thursday's victory over ​Napoli at the Emirates. By the time he made his entrance, ​Aaron Ramsey had already swept home before Lucas Torreira's effort cannoned in off of centre-back Though the Armenian is yet to score in the Europa League he has notched an admirable six goals in the ​Premier League this term.

Were he and the Gunners to knock out the Neapolitans and progress to the semi-finals, they would likely face Valencia, who hold a 3-1 aggregate lead over fellow Spaniards Villarreal.