​Watford manager Javi Gracia has insisted that Troy Deeney's challenge on Lucas Torreira did not warrant a red card in ​their 1-0 defeat to Arsenal.

The only goal of the game came in the tenth minute, as Pierre-Emerick Aubameyang closed down Ben Foster to divert his attempted clearance beyond the former England international. 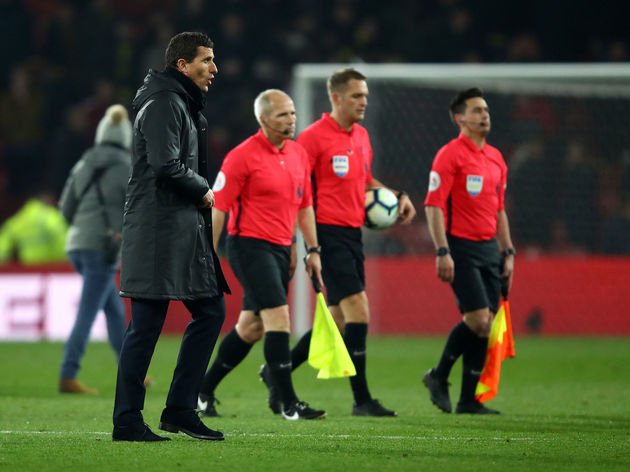 It was one minute later however when the game's most controversial moment took place, when ​Deeney was sent off after appearing to elbow Torreira. After consulting his assistant, referee Craig Pawson showed the ​Watford captain a red card, which Gracia saw as unjust, and claimed it influenced the outcome of the game.

"In my opinion it is a yellow card but never a red. I can't explain what the referee saw to make that decision.

The defeat to ​Arsenal means the Hornets remain tenth in the ​Premier League, as they missed out on the chance to go seventh in the table, which would guarantee them a place in next season's Europa League due to their place in the FA Cup final against Manchester City.

Big fan of Javi Gracia and the fitness, tactical smartness and stubborn belief of Watford in their long, outnumbered pursuit of equaliser is another reflection on how good he is.

Gracia's side will be hoping to bounce back from the defeat at Vicarage Road in their next game, which is awayp to an already-relegated Huddersfield Town at the weekend.