​Guillem Balague, the Spanish football expert and close friend of Rafael Benitez, has confirmed that the Newcastle United manager has rejected 'massive offers' to remain at the club despite no assurances he will stay beyond this season.

The future of Benitez has been at the centre of much debate this season, with the Spaniard only keen to sign an extension on his current deal - which expires in June - if he

"I know for a fact that he has rejected at least two massive offers - and I mean massive offers - to make him one of the best-paid managers in the world. Those offers came from Saudi Arabia and China," he said.

"I also feel that it would be a shame if he had to go in that direction, if there was no club that decides he can push them to win titles in England." 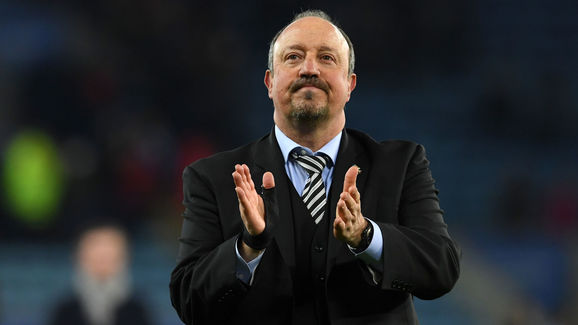 Balague went on to state during the in-depth interview that should Benitez be presented with a 'project' with adequate financial backing, then this would sway the former ​Liverpool boss towards putting pen to paper.

He did however assure ​Newcastle fans that despite all this talk surrounding the Spaniard's future on Tyneside, his passion and love for the club is still strong.

A HUGE THREE POINTS FOR THE MAGPIES!!! pic.twitter.com/PqmMeCuZ9W

He added: "I do genuinely feel, however, that if he had the opportunity to do that at Newcastle, that would be it for the next 10 years. He seems very, very settled. [...]