​Wolves manager Nuno Espirito Santo has said that his side’s defending was poor after they lost 3-1 to Southampton on Saturday afternoon.

The Wanderers were beaten by goals from Nathan Redmond and Shane Long, with Willy Boly scoring their only goal of the game. The defeat saw them drop down to eighth in the Premier League, having picked up two wins in their last eight league games. 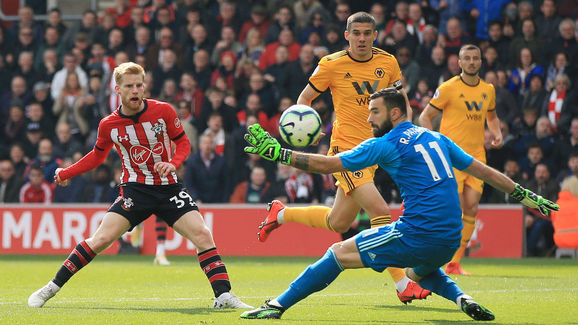 Speaking after the game, Espirito Santo gave his thoughts on his side’s defeat. As quoted on the club’s official website, he said: “Our defensive organisation was very, very bad. We made mistakes since the beginning of the game.

It was a disappointing defeat for ​Wolves, especially following on from their ​FA Cup heartbreak at the hands of Watford last week. However their season is far from over, as they remain in with a shout of qualifying for Europe next season. 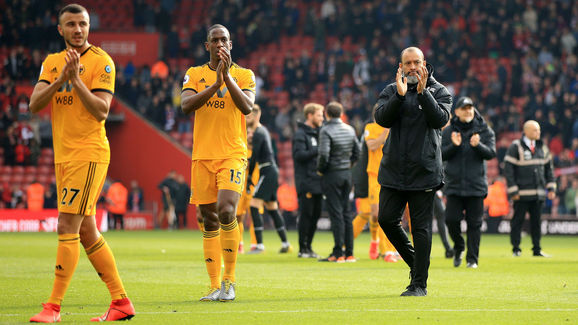 It was a poor performance from the visitors, epitomised as they went behind inside the opening two minutes. Saturday’s defeat also saw their torrid away form continue, as they have now gone five away games without a win.

Reflecting on the game, Espirito Santo added: “It was not a good performance and it’s something that we have to analyse deeply inside and look at. Since the beginning of the game we didn’t do very well, our defensive organisation was not good.”

Wolves will be aiming to finish in seventh place come the end of the season, with a possibility of a place in the Europa League group stage. The Wanderers are currently in eighth place, with only goal difference separating them and seventh placed ​Leicester City.

A disappointing afternoon for Wolves on the south coast as goals from Nathan Redmond (2) and Shane Long award the hosts all three points. #SOUWOL

Speaking about their final few games, Espirito Santo said: “It was planned for the positive, trying to be better, now it’s the other way round and we regroup and find ourselves again in a good spirit to face these five games.

“We are back at Molineux in the next game and we have to bounce back.”

Wolves are back at Molineux next Saturday, as they prepare for the visit of relegation battlers Brighton. They then face a huge midweek game, as they host Arsenal on 24 April.