​RB Leipzig CEO Oliver Mintzlaff has revealed that Timo Werner has indicated to the club that he's unlikely to sign a new deal.

The German international is currently in his third season with the club and, at just 23 years of age, has had a remarkable rise to the top of German football. He's continued his impressive scoring record this season having bagged himself 14 goals in 26 ​Bundesliga appearances and has helped Leipzig go on an 11 game league unbeaten run which in turn has helped them up to third in the league standings - six points clear of their nearest challengers Eintracht Frankfurt.

Werner's future with Leipzig has been called into question in recent months given his growing popularity amongst Europe's top clubs with the likes of ​Bayern Munich, ​Borussia Dortmund and ​Liverpool all said to be lining up offers for the striker, and these rumours may just have been given more fuel. Speaking with Sky Germany, via ​SportBild, at half time during Leipzig's clash with Wolfsburg, CEO Mintzlaff admitted Werner has indicated to the club that he doesn't wish to sign a contract extension. He said: "We want to extend it with him, but he has signalled to us that he would rather not extend."

The German's current deal with the club is set to expire in the summer of 2020 which leaves Leipzig with a dilemma. They could try and convince Werner to stay but also risk him leaving for free at the end of his current deal, or they could cash in on him whilst they still can in the summer before losing him for nothing in one year's time. 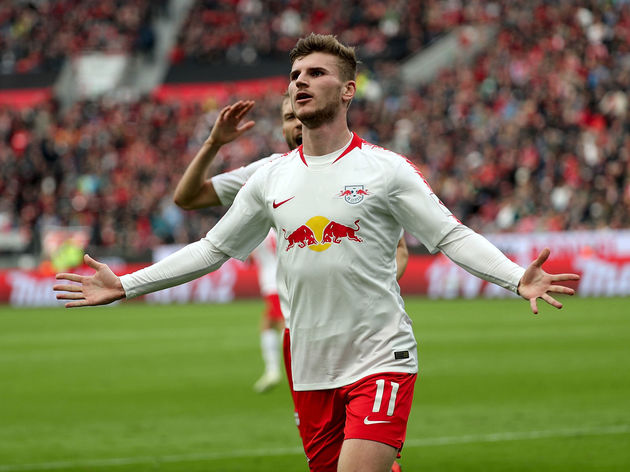 In the meantime, he'll be hoping to help his side finish the season strongly by keeping hold of third place with just five games left whilst also looking to win some silverware with Leipzig in the semi finals of the DFB Pokal against Hamburger SV.