​Sevilla moved up to fourth in La Liga with a huge win, as they beat bitter rivals Real Betis 3-2 in El Gran Derbi on Saturday night.

Sevilla broke the deadlock in the 26th minute, as Munir headed home Pablo Sarabia's excellent cross. It was the Spaniard's second goal in two league games, and by far his most important one as he gave the hosts the advantage in the Andalusian derby.

Betis got their equaliser ten minutes into the second half, thanks to an emphatic finish from Giovani Lo Celso. The Argentine met Junior Firpo's low cross on the edge of the box, and struck it sweetly to draw Los Beticos level in the Derbi Sevillano.

However Sevilla restored their lead four minutes later, as Sarabia volleyed the ball in from close range. Los Rojiblancos scored a second goal in the space of four minutes, as Franco Vazquez found the back of the net with an absolutely stunning strike from 20 yards out.

Betis pulled one back in the 82nd minute, thanks to a sumptuous free kick from Christian Tello. 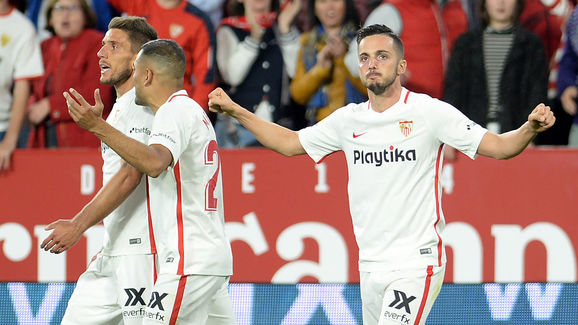 Sevilla were absolutely outstanding on Saturday night, as they were ruthless in attack and concrete in defence. They executed their game plan perfectly and blew Betis away in the second half, earning a hard fought victory in a brilliant derby day display at the Ramon Sanchez-Pizjuan.

The hosts were superb from start to finish, though the game was far more about beating their Andalusian rivals. The win sees Los Rojiblancos move into the Champions League places, going two points clear of fifth placed Getafe with just six games to play.

STAR MAN - There were so many outstanding players for Sevilla, in an all round outstanding team performance. Tomas Vaclik pulled off a string of excellent saves, while Lucas Vazquez and Munir scored some superb goals on the night.

However, it was Pablo Sarabia who stole all the headlines in the Andalusian Derby. He got a goal and an assist in Saturday's derby, and pulled the Sevilla strings from the heart of the Rojiblanco's midfield in a brilliant display. 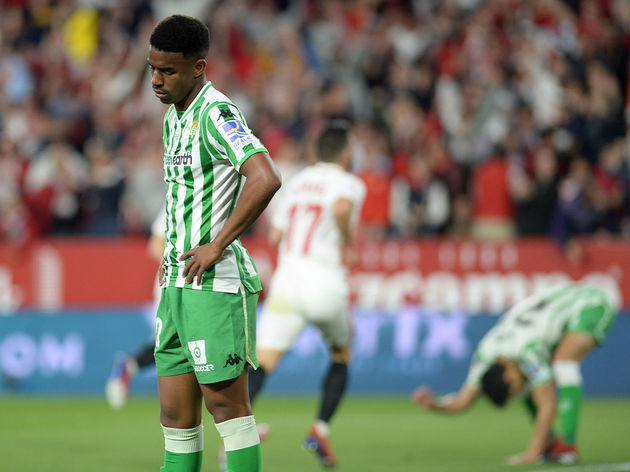 It was a bitter pill to swallow for Real Betis, who were largely outplayed by the biggest rivals. They were blown away by Sevilla's fantastic attacking play, and were unpicked on three key occasions which led to the three crucial goals they conceded.

However, the Verdiblancos didn't go down without a fight. They fought fantastically all night long and didn't give up, shown by their second half equaliser and late consolation. Betis put in a valiant display at the Ramon Sanchez-Pizjuan, but it wasn't enough as they fell to defeat.

STAR MAN - Despite falling to a painful derby defeat, Giovani Lo Celso was fantastic. He scored Betis' deserved equaliser at the start of the second half, and was superb all night as he led the Verdiblancos' attack in a determined display. 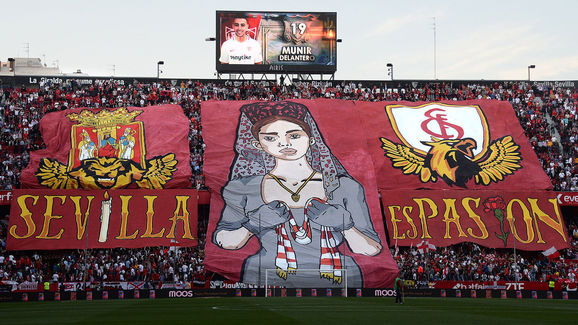 Sevilla face a huge test next Sunday, when they travel to fellow top four challengers Getafe. Los Rojiblancos then return to the Ramon Sanchez-Pizjuan midweek, as they host Rayo Vallecano on 25 April.

Real Betis are back at home next weekend, as they welcome Valencia to the Benito Villamarin next Sunday. The Beticos then have just three days before their next game, which is a trip to Levante on 24 April.