​Olivier Giround has condemned the actions of Chelsea fans involved in a video that showed racist chanting being directed towards former player and Liverpool star Mohamed Salah.

The Blues stuttered to 1-0 win over Slavia Prague in the first-leg of their Europa League quarter-final on Thursday night, although the victory was overshadowed by events prior to kick-off. 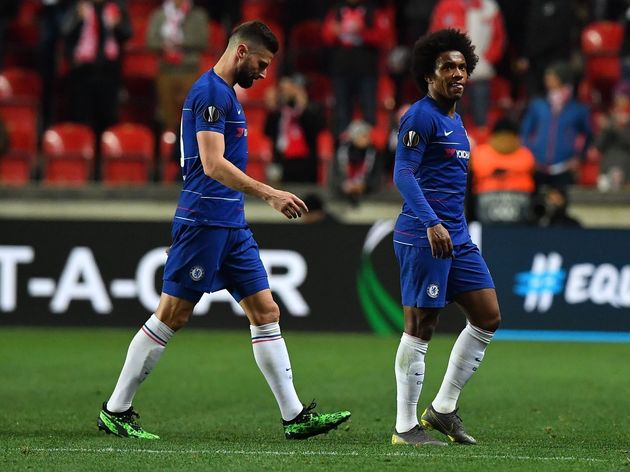 A video emerged of a group of fans singing a racist song about former player Salah, with ​those fans subsequently refused entry for the game in Prague, with both ​Chelsea and ​Liverpool, who face one another in the ​Premier League on Sunday, releasing statements in response.

Speaking to ​The Telegraph, ​Giroud is fully supportive of the stance taken by both clubs and hopes a small minority won't tarnish the reputation of the west London club.

RE: Salah racism video doing the rounds: Chelsea's away security team are trying to prevent any individuals in the video from entering the stadium. A sign of things to come for these individuals.
Twitter should take blame for being a platform for this content. #CFC #UEL #SLACHE

"It’s stupid to do that. I think Salah is strong enough to ignore them. We need to move forward and leave these people to one side. 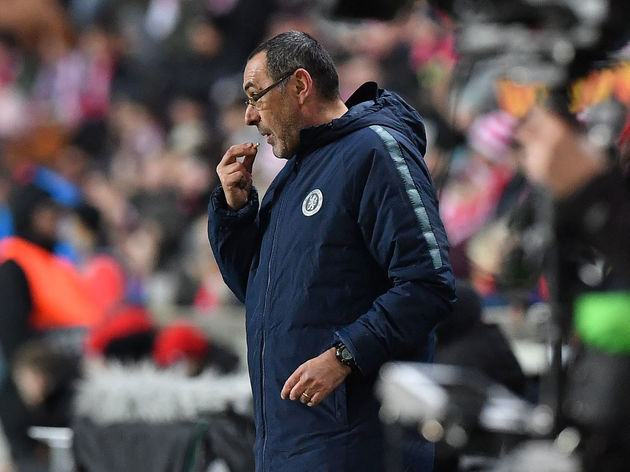