Chelsea Women travel to Manchester City Women on Sunday afternoon, as they battle it out in the second Women's FA Cup semi-final.

The Blues are aiming to win back-to-back FA Cups for the first time in their history, as they look to lift the famous trophy for the third time in five years. It would also be their fifth major honour in four years.

They have reached the semi-final with three excellent wins, defeating Everton, Arsenal and Durham en-route to the Academy Stadium. They will be eager to repeat their feat from last season's competition, where they beat Manchester City at the same stage in a big 2-0 win. 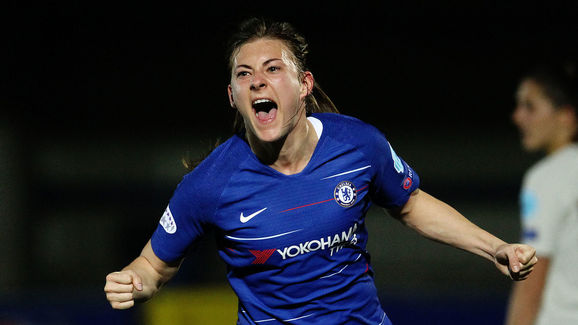 Ann-Katrin Berger (GK) - Although fellow goalkeeper Carly Telford started in Chelsea's quarter-final tie, newly established first choice Berger should start ahead of her. The German goalkeeper has been fantastic since joining in the winter transfer window.

Hannah Blundell (RB) - Blundell will start at right back on Sunday, as she hopes to help propel the Blues into another FA Cup final. Having been at Chelsea for her whole career, the 24-year-old will be eager to progress to another cup final, despite not featuring in last season's edition.
Magdalena Eriksson (CB) - It should be Eriksson to make up one half of Emma Hayes' centre back partnership, as she has done so often this season. The Swedish international is a regular for her country, having achieved 30 caps since making her international debut in 2014.
Maren Mjelde (CB) - Mjelde will complete Chelsea's Scandinavian centre back partnership, pairing up with Eriksson. The versatile Norwegian can play anywhere across the backline for the Blues and is an experienced international, having won an impressive 130 caps for her country.
Jonna Andersson (LB) - Hayes will likely opt for Andersson to make up her defence on Sunday, as she comes up against one of the best attacking sides in England. The 26-year-old has settled well in London, after moving to Kingsmeadow last year. 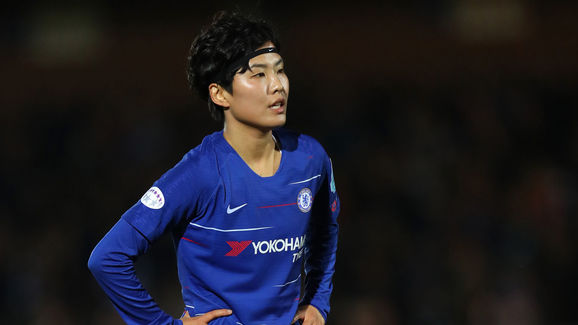 ​Ji So-yun (CM) - One of Chelsea's brightest sparks, Ji will be hoping to repeat her previous performance against Manchester City. The South Korean midfielder was the Blues' hero in February's league encounter, as she scored twice to salvage a 2-2 draw against the Citizens.

Sophie Ingle (CM) - Ingle will join Ji in the Chelsea midfield, as she looks to produce a pivotal performance in the FA Cup semi-final. The Wales national team captain is enjoying her second spell with the Blues, having previously left to play for both Bristol City and Liverpool.

Drew Spence (CM) - It looks like Spence will get the nod to complete Chelsea's midfield trio, as she has done on many occasions this season. The 26-year-old recently celebrated her ten-year anniversary at the club, and is looking to break back into the England setup. 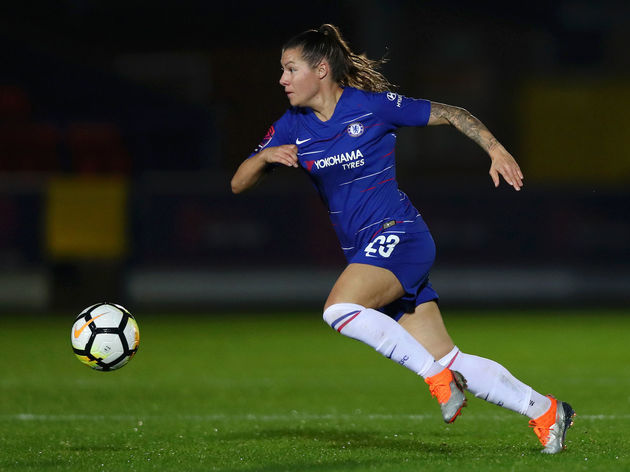 Ramona Bachmann (RW) - Bachmann will need to be at her very best against City, as she hopes to continue her excellent form this season. The Swiss international would relish the chance to return to Wembley, having scored twice in the Blues' FA Cup final win last season.

Bethany England (FW) - Chelsea will be relying on star striker England for the goals, as she offers one of the Blues' biggest attacking threats on Sunday. The 24-year-old has now established herself in Hayes' side, having been loaned out to Liverpool last season.

Karen Carney (LW) - One of the Blues' most experienced and technically gifted players, Carney should make up their attacking trio at the Academy Stadium. The English foward is one of the most decorated players in Lionesses' history, with a remarkable 133 caps to her name.
Related Topics:
Transfer News