Speculation was rife last month that Varane had made his mind up that he wanted leave Real in search of a fresh challenge after achieving all that he possibly could in Madrid. The Frenchman has won two La Liga titles, four Champions Leagues, the Copa del Rey and FIFA Club World Cup since joining the club as a teenager in 2011. He was also the only player in 2018 to win both the Champions League and World Cup.

The rumour earlier this month was that Varane had actually 'communicated' his desire to leave, although returning coach Zinedine Zidane soon denied anything of the sort had been said.

"No [I cannot imagine Real Madrid without him], and besides, I don't want him to go. None of us want him to leave," the Bernabeu boss said.

"He's still young, he's been here for eight years, and he's doing well. It's life, but he seems fine to me. He hasn't said anything about wanting to leave. But if you know something I don't…" 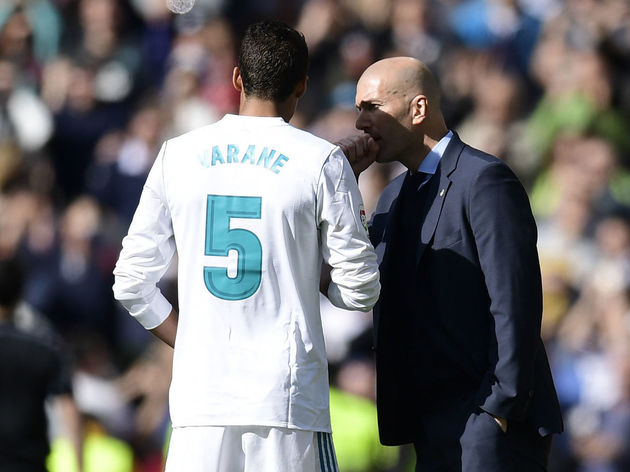 Varane has remained linked with Manchester United in particular, with the Old Trafford reported by some to be potentially looking to spend £100m (€115m) on a centre-back this summer.

However, according to AS, Varane won't be going anywhere unless a suitor triggers the buyout clause in his current Real contract, believed to be a prohibitive €500m (£432m).

It is also said that Real are willing to reward the 25-year-old for his performances in recent years, offering him fresh terms more in line with his world class status and reputation. That could mean upping his annual salary by as much as 50% from €6m to €9m. When rumours about Varane wanting to leave Real first emerged, there were sceptics who pointed out that it could just be a ploy to bleed an improved new contract out of the club.