​Borussia Dortmund welcome Mainz to the Signal Iduna Park, as they look to avenge last week's humiliating result in Bavaria.

Dortmund are back at home after their embarrassing 5-0 thrashing at the hands of bitter rivals Bayern Munich, as they lost Der Klassiker in spectacular style. The defeat saw BVB knocked off the top of the Bundesliga, which they now sit one point off.

On the other hand, Mainz will be hoping to repeat their most recent result. The mid-table club smashed Freiburg 5-0 last Friday, as they took one step closer to maintaining their top flight status for another season.

​Borussia Dortmund remain without Achraf Hakimi, who has been ruled out for the rest of the season. Manager Lucien Favre also stated that Lukasz Piszczek will not be in Saturday's squad, as the Polish defender continues to recover from a foot injury.

Paco Alcacer, Raphael Guerreiro and Christian Pulisic are also all doubts for this weekend's game, as Favre goes into another crucial game with multiple notable absentees in defence and attack. ​Borussia Dortmund and Mainz have met 25 times before, with BVB winning an impressive 14 games compared to Mainz's four. Their first meeting only came back in September 2004, due to Mainz having spent the majority of their history in the lower German divisions.

Dortmund won the reverse fixture last November, prevailing 2-1 thanks to goals from Alcacer and Piszczek. However it was Mainz who triumphed in their last meeting at the Signal Iduna Park, as their 2-1 win in May 2018 was Dortmund's last home league defeat.

BVB haven't failed to score in their last eight meetings, scoring twice in five of those meetings. Meanwhile Mainz will be looking for back to back wins at the Signal Iduna Park, which would be a remarkable achievement at one of Germany's most famous fortresses. 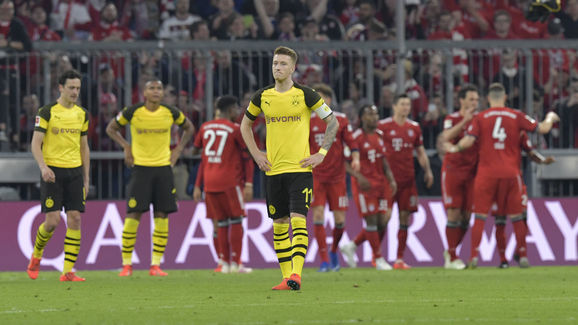 Dortmund's ​5-0 drubbing at the hands of Bayern brought an end to a run of three consecutive wins, having won just one of their last five league away games. Nevertheless die Schwarzgelben remain unbeaten at home in the Bundesliga, with 12 wins and two draws.
Mainz's emphatic win over Freiburg saw them put an end to their dreadful losing streak, having been beaten four games in a row. However their away form this season has been poor - having won just once on the road since November.
Here's how each team has performed in their last five fixtures: ​Though Mainz will be eager to secure another famous victory, all eyes will be on Borussia Dortmund in a must win game. It is crucial that BVB bounce back from their heaviest and most embarrassing defeat of the season, and they must win to keep their title hopes alive.

Favre's side are still the favourites on paper, but recovering from last weekend's Der Klassiker drubbing may be too much of an ask just one week later.