​Tottenham will look for a way to allow Dele Alli to continue playing if scans reveal the midfielder has broken his hand.

He was subbed off during the closing stages of Spurs' Champions League quarter-final victory over Manchester City on Tuesday, with the 23-year-old tentatively holding his wrist as he left the field of play.

The following day he underwent X-rays to determine the extent of the injury with no news regarding the issue released as of yet. If he has, indeed, broken his hand, the club's medical team will explore avenues that would enable Alli to feature in the run-in. The ​Daily Mail report that the team's doctors are already assessing options that would see the England international continue playing, with one means being to fit his hand with a splint or a cast.

Such an idea is not new, with ​Crystal Palace winger Andros Townsend currently playing with a protective cast. Townsend broke his hand earlier this month, suggesting ​Alli would benefit from a similar approach.

It was a night of mixed fortunes for ​Tottenham on Tuesday, who secured an unexpected lead ahead of the return fixture of the ​Champions League tie at the Etihad Stadium. Son Heung-min grabbed the only goal of the game, rasping a low drive past ​City keeper Ederson.

However, the north Londoners saw two of their foremost players leave the field injured, with frontman ​Harry Kane joining Alli on the treatment table. 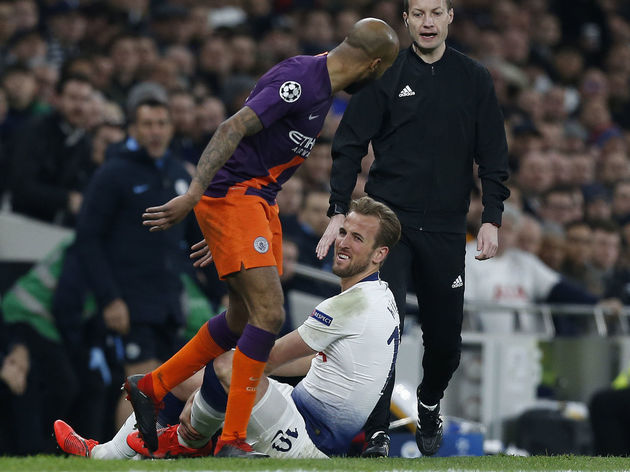 The Lillywhites' top scorer was seen holding his leg before hobbling straight down the tunnel, and manager Mauricio Pochettino suggested he could be without his talisman for the remainder of the season.

It would be a devastating blow for the Argentine as he looks to secure a top four finish in the league, with the potential absence of Kane increasing the need to keep Alli available for selection.