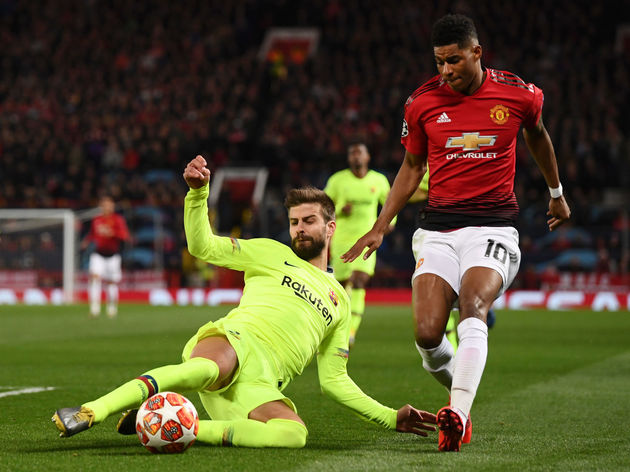 "They [United] are a great club and they can turn this around, but our fans will surely help us."

Despite leaving Old Trafford with just 23 first-team appearances under his belt,

Ole Gunnar Solskjaer and Gerard Pique involved in the same match tonight for the first time since they were teammates for Manchester United against Burton Albion in January 2006, FA Cup Third Round. pic.twitter.com/iIynMMkh0k

"It's a very difficult place to win.

Piqué was one of Barcelona's standout players on Wednesday as the club registered just their fourth clean sheet in nine Champions League games this season.

The 32-year-old, who is enjoying one of his best ever seasons, will be fresh for next week's second leg as he will be suspended for Barcelona's clash on the road to La Liga minnows SD Huesca.