​Manchester City midfielder Fernandinho will avoid retrospective action for an apparent elbow on Harry Kane in his side's 1-0 defeat against Tottenham on Tuesday.

The incident came in the first half of the Champions League quarter final first leg at the Tottenham Hotspur Stadium, after Sergio Aguero had missed an early penalty to give his side the lead in north London.

Fernandinho won’t face any action from UEFA over apparent elbow on Kane. Referee saw the incident at the time and didn’t deem it worthy of a card. Because Kuiper saw it Uefa can’t now review it #mcfc #thfc

Former Premier League referee Peter Walton spoke to BT Sport after the game (via ​Manchester Evening News), in an effort to clear up the matter, to shine some light on why the incident wasn't revisited. 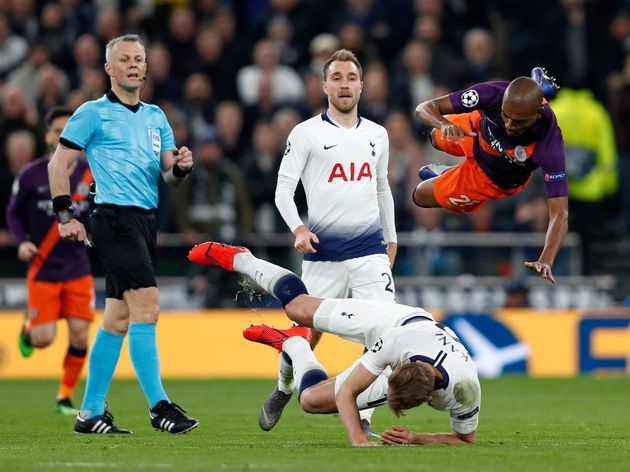 "That one, the referee saw it because he spoke to both players so it wasn’t a missed opportunity and it wasn’t clear and obvious in terms of what Fernandinho did," he said.

"You could say that’s very subjective, and the VAR allowed the referee’s decision on the field to stand.

FULL-TIME | Down but not out.

Recover, regroup and go again in the second leg.