Rumours had begun to circulate in recent weeks after the Spaniard had failed to reach and agreement with United about a new deal at the club, prompting discussions to take place with other potential suitors about a summer exit from Old Trafford.

Now it seems one such suitor has been found, with ​The Times journalist Paul Hirst stating that Herrera has agreed personal terms on a contract running through to 2022 with PSG, bringing an end to the 29-year-old's five year stay in Manchester.

Having earned in the region of £80k per week with the ​Red Devils, Herrera will now more than double his current earnings, raking in around £200k per week. It's a​the Spaniard's cryptic update 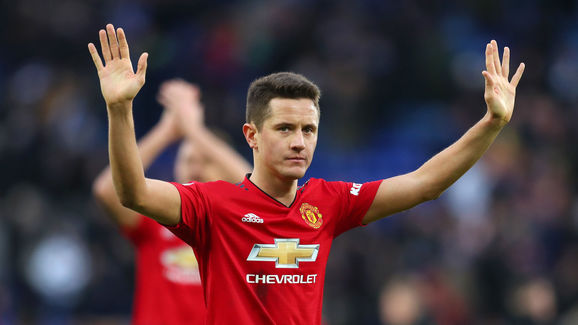 Since joining the Premier League for £29m in 2104 from hometown club Athletic Bilbao, the midfielder has gone on to make 187 appearances for the club, netting 20 times, winning three major honours during his time at Old Trafford.

The Spaniard played the full 90 minutes as United lifted the Europa League trophy in 2017, while also scooping up the Carabao Cup that season and the FA Cup the year before.

Sad, but understandable move by both. pic.twitter.com/cWNSoy7LbJ