The hottest ticket in Spanish football returns this weekend, as Sevilla host Real Betis in El Gran Derbi at the

37-year-old club legend Joaquín headed home an almost ludicrously dramatic stoppage time winner to claim a 1-0 victory at the Benito Villamarín in the reverse fixture earlier this season. However, Sevilla are intent on having the last laugh over their great rivals and have designs on the final Champions League qualification spot as we enter the business end of the 2018/19 La Liga season.

Betis, down in ninth, are still only six points behind their neighbours in fifth and, with seven games to play, can still achieve European football for next season (most likely in the Europa League) but need to sort out their inconsistency.

If the game is anything like the corresponding fixture last season (Seville 3-5 Real Betis) we are in for a cracker. Here's everything you need to know about this one...

Absolutely drained after the Seville Derby. Impossible not to be carried along by the wave of passion, pride, colour and sound.

For me, the best stadium in Spain and THE derby of Spain.

The story goes that Sevilla, one of Spain's oldest clubs and winners of the first ever official match in the country, represent the rich, conservative part of Spain's fourth city, while Real Betis - allegedly formed after Sevilla refused to sign players from the working class barrios

Stunning image of Seville, showing the stadiums of both Real Betis and Sevilla, separated by 4km. (pic via @jaimerfz) pic.twitter.com/54OjCQ4Fwt

Heat of the Derbi

Sevilla, the capital of Andalusía, is often cited as Europe's hottest city. During summer, the beautiful centro histórico, with its orange trees, moorish arches and royal palaces, is turned into a desert landscape as the white walls and tiled floors reflect the baking sun, with temperatures exceeding 40c.

Heat does funny things to people.

Around 2⃣0⃣,0⃣0⃣0⃣ Sevilla fans turning up to watch the team train ahead of El Gran Derbi against Real betis.

These days, packed crowds, raucous singing and provocative banners from both sides are more the norm, with the robust but mostly good natured rivalry occasionally compared to the Premier League's Merseyside derby. Fans live and work side by side, with families sometimes split down the middle over loyalties. It's a cliche but that's how it is. It is all about bragging rights, pride and passion.

Speaking to Goal, former Sevilla star Frédéric Kanouté once said of the Gran Derbi: “I played in a lot of derbies in London, with West Ham, with Tottenham; but I’ve never seen a derby like the one in Seville.

“With all that goes surrounding that match, before the match; it’s crazy. And on the day of the match, the heat and the atmosphere is very different to any other match”

Last year, clashing sets of fans were ​arrested with knives and ice picks ahead of the game at the 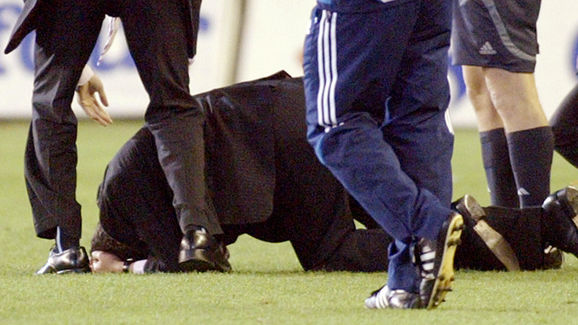 Serving as a better example of relations between the two sides was the display of cross-town support after, later that same season, 22-year-old home-grown Sevilla full back Antonio Puerta died after collapsing on the pitch with a cardiac arrest.

A sense of things more important than football hangs over this weekend's clash too, following the news that Sevilla manager Joaquín Caparrós has been diagnosed with chronic leukemia.

The 63-year-old has confirmed he will be continuing his normal daily life and that the illness will not impede his work. Betis have also sent a message of support to the coach.

On the pitch, both teams chase down a crucial three points. 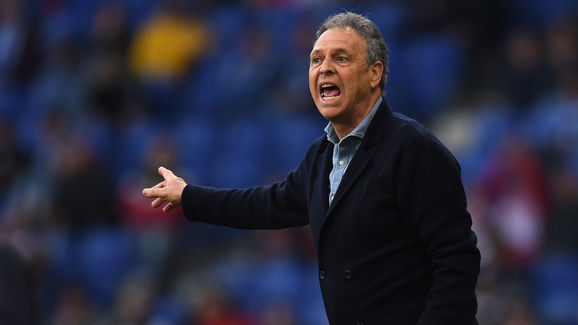 Last season's 3-5 means a lot is expected in terms of entertainment this weekend, with both sides in the hunt for European football, as well as the never-ending oneupmanship.

Quique Setién's Betis have not been at their swashbuckling best this season and have won only four of their last 10 in La Liga. While Giovani Lo Celso and Sergio Canales have impressed hugely from midfield, Betis have lacked a cutting edge in attack, scoring just 36 times in 31 outings.

Sevilla's recent record is equally unpredictable. Picking up from the dismissed Pablo Machín,

Colin Millar adds: "Setien is unbeaten in his three derby matches - winning two - but is under pressure going into this game. Under Setien, Betis perform best against sides who push forward and Sevilla will be obliged to do so holding home advantage. The home side are favourites for this game due to recent form but these clashes are notoriously unpredictable."

With the temperature forecast for around 24c by the time kick off rolls around on Saturday evening, it promises to be an electric atmosphere rather than stifling.

Each player has a chance to write just a little bit of Seville history this weekend. As the veteran Joaquín said of his match-winning goal back in September (via the Guardian): “I dreamed of this lots of times. No lie: me scoring the winning goal against the eternal rival, at home.

​"I have no words to express the happiness I feel. When I see them singing my name, the affection they give me, I know I can leave football a happy man.”

Someone else has that chance this Saturday, if they can handle the heat.