Gerard Pique has warned his Barcelona teammates that they cannot afford to leave his old club Manchester United 'alive' after the first leg of their Champions League quarter-final, calling on Barça to try to score as many goals as possible to kill off the tie.

Pique's Barcelona face United at Old Trafford on Wednesday night as favourites to progress to the semi-finals of the competition, but the defender is way of the threat the Red Devils pose by never knowing when they are beaten.

​Pique said in his pre-match press conference, as quoted by ​ESPN:

"But you can't leave ​United alive. If you can beat them [by] scoring a lot of goals, you have to do it. They have a great history and they showed that in Paris, even with a lot of young lads from the academy. It's a great example for us. We have to be switched on from the first minute until the last.

"They consider the Premier League the same as the ​Champions League here - if not more important - and since the Ferguson era they've been the biggest team and will keep on being the biggest team. Things aren't [going as well at the moment] but I hope they change and quickly they get back on top." 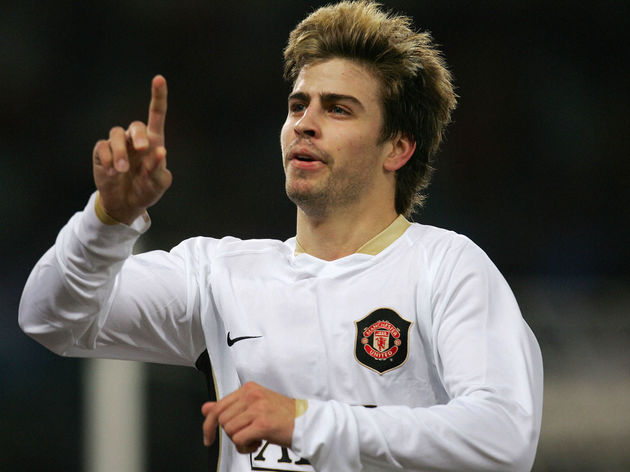 Pique, who moved to Old Trafford as a teenager before returning to Barcelona in 2008, also spoke about his time playing alongside now United manager Ole Gunnar Solskjaer, who he credits with helping him to adapt to life in England.

The 32-year-old defender said: "I spent several years here, between 17 and 21, my first as a professional. I played in good games alongside great players and also had some crazy times off the pitch. I left my family and friends to come here and I returned to Barcelona an adult. It's a special game for me.

"It was a great experience to train alongside him [Solskjaer]. He was one of the veterans and he helped me a lot when it came to adapting to the country and the club. I'm happy to see him in charge of Manchester United, he's done a great job, he's won lots of games playing much better."

🔊 @3gerardpique: "It'll be a complicated game, but we're motivated to get a good result. Manchester United are the most important club in England." #MUFCBarça pic.twitter.com/q35Mc3cbqy

​Barcelona, who are chasing a historic treble this season, entertain United a week later on 16 April at Camp Nou for the quarter-final second leg.