​Tottenham Hotspur manager Mauricio Pochettino has revealed that Harry Kane's season could be over after he picked up an ankle injury in Tuesday's 1-0 win over Manchester City.

Kane lunged to try and win the ball from Fabian Delph, but the City man inadvertently stepped on Kane's ankle, and he was then quickly carried down the tunnel after receiving barely any treatment on the field. 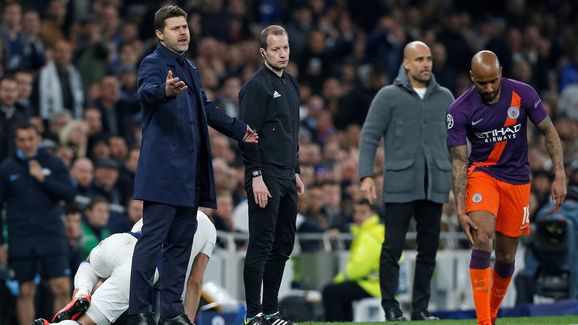 ​Speaking after the game, Pochettino confessed he fears ​Kane could be sidelined for the remainder of the season. “It was an unbelievable game, so tough. We're happy but ​Man City are still the favourites and there's still a second leg which is going to be tough. We showed great quality and the performance was good," Pochettino added.

“It was a very good game, we were excited and motivated to play a quarter-final, the penalty save was fantastic and gave the belief to us. And I think that with the spirit we played today anything is possible.”