​MLS side Toronto FC have held 'exploratory' talks with Bayern Munich winger Arjen Robben over a proposed move for the Dutchman.

The 35-year-old is set to leave the Allianz Arena at the end of this season once his contract expires, bringing to an end a ten-year stint with the Bavarian club that has seen him win seven Bundesliga titles, four German Cups and the Champions League. Robben has had no shortage of potential suitors, with Italian media outlet Calciomercato reporting that the club and Robben have held talks with Serie A side ​Inter.

The article also claims however that Robben would prefer a move to the MLS over Serie A, which coincides with claims from ​ESPN that the former Chelsea and Real Madrid man has held 'exploratory' talks with the club, through his representatives, although said talks were brief.

With the MLS's primary transfer window set to close on May 7, Toronto, who are currently second in the Eastern Conference with ten points from their first four games, have just shy of one month to conclude a deal for the winger.

Robben hasn't playing for ​Bayern Munich since November 27, when he appeared for Die Roten in their Champions League Group E game against SL Benfica, with him scoring twice in a 5-1 win. 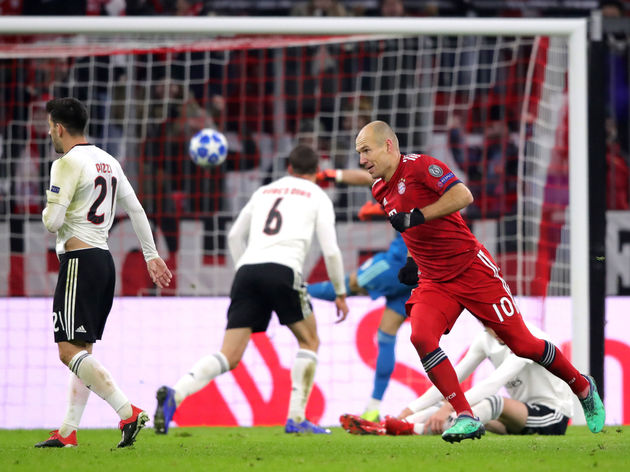 The Dutchman has scored just five goals in 15 appearances across all competitions this season, although could sign off his time in Munich with a league and cup double, with the club currently top of the Bundesliga by one point with six games remaining and are also in the semi-finals of the DFB-Pokal.