Although the Reds are enjoying a sensational season, which could see them lift both the Premier League and Champions League crowns, their midfield has consistently been subject to criticism.

The likes of Henderson, Keita, Fabinho, Georginio Wijnaldum, James Milner, Adam Lallana and Xherdan Shaqiri have amassed just 15 goals between them, prompting calls for new additions to be made heading into next season. 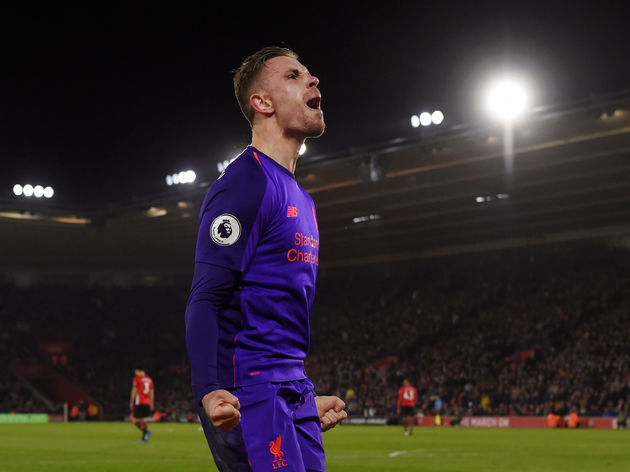 "Keita Sky Sports. "Fabinho has that holding position but where I would play Henderson is further forward. That’s maybe the position we associated him with for England and when he first came to Liverpool. “That midfield is still not that creative, but against Chelsea the way to win that game is, as Klopp would say, to press, to get after them and to get close to Jorginho. That’s what Jordan Henderson can give you.”

He went on to defend Klopp's previous inclusions of playing Wijnaldum, Henderson and Milner, Wijnaldum

Jordan Henderson only played about half an hour and was Man of the Match by a mile.

"Those three players got Liverpool

Jordan Henderson only played about half an hour and was Man of the Match by a mile.

Given the fact that the three midfielders have played together against many of the big teams Carragher mentioned, it looks likely that Klopp will pick them against Chelsea