Gameplan for Growth: A Look at the FA's Strategy to Help Further Develop the Women's Game

If you’ve ever been to an end of year review meeting, whether that be with a governing body or a commercial brand, it’s usually a very long afternoon with the more than occasional look out of the window to see the freedom that other people - who are not sat in the room with you pouring over graphs, pie charts and lengthy slide shows - are enjoying. However, given the fantastic energy about women’s football right now, that couldn’t have been further from the truth.

Over the years, The FA have come under criticism from different angles with regard to women’s football - sometimes fairly. However, when it comes to the women’s game right now, they are doing a really good job of getting it right. They have two positive and passionate leaders in Kelly Simmons and Sue Campbell, who have such confidence and belief in the women’s game that you can’t help but be buoyed by their optimism.

The successes that they outlined, to name a few:

- The fact that for the first time ever the FAWSL has become a fully professional league, with 40 games broadcast live this season.

- The significant increase in the amount of: young girls playing football, female coaches and female referees.

- The fact The FA have just signed up Barclays as the title sponsor of the FAWSL, as well as a number of other commercial partners across the women’s game. Boots, for example, are investing solely in the women’s game.

- With the World Cup just around the corner, England’s women are in as good a place as they have ever been to win it. They’ll also be the host nation of Euro 2021.

- There’s been a large increase in growth on social media for both the Lionesses and the FAWSL across Instagram, Twitter and Facebook. There was also a peak audience of 1.9m for the Women’s FA Cup final last year on TV. 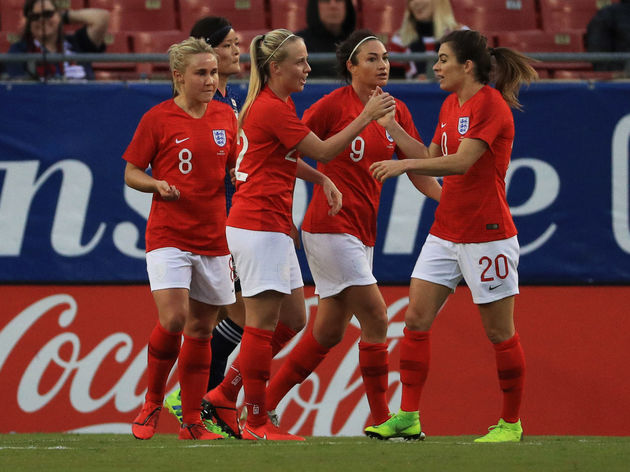 One of the fundamental messages that emanates from the women’s football community is that the idea of standing still, and being okay with ‘good enough,’ is exactly the sort of attitude we should all be looking to avoid. In order to further progress the game, everyone involved in it needs to reflect on the challenges and areas where it can be improved, and act.

So how can it be improved, and what are the challenges? Attendances at FAWSL games was a particular topic of debate.

Baroness Sue rightly made the point that the apex of the women’s game in England is playing for the Lionesses, or more generally for domestic players to play for their international team. This then means the level of interest in Lionesses’ games is in a good place, yet domestically the average attendance is around 1,000. The FA are keen to double that number.There are a number of difficulties that are faced when trying to do that. Secondly, the stadium locations themselves. The stadia within women’s football are not quite as handsome as we all want them to be. City’s academy stadium is the exception, not the rule.

Then there’s market saturation. Football is constant. It’s everywhere, and a lot of the time unavoidable.

The marketing and commercial involvement within the FAWSL is the best it has ever been. The amount of investment there is going to be over the next 12 months is unprecedented. But the amount of money moving around football on the whole makes it an incredibly hostile market to make inroads within. Finally, the lack of normalisation around young girls playing football. The country is still dragging its feet with getting its head around the fact it’s entirely normal for a young girl to want to play football. In fact the stats show that by the age of seven young most young girls have already written off football as a hobby.

Baroness Sue made the incredibly valid point that the women’s football environment is welcoming, familial and fun, we need to help grow the it without reverting to tribalism and often hostile environment that we see within the men’s game. But without that tribalism and fervent, partisan fan groups, that put winning at the cost of your rivals above everything, how do you get people to truly care?

I recently interviewed Jen O’Neill, who runs a magazine called ‘She Kicks’. She made the point that the greatest asset the women’s game has is the players. They are its biggest selling point, its winning role models, its last minute scorers, its post match selfie takers, its infectious personalities. And in a social first age, they are its 24/7, 365 ambassadors.

🏴󠁧󠁢󠁥󠁮󠁧󠁿🧣👏: 'The crowd were unbelievable tonight," said Phil Neville as he left the post match press conference after the @Lionesses 2-1 win over Spain & he was bang on. The 13,449 at @SwindonTownFC_'s County Ground were absolutely fantastic. #giveyourselfaroundofapplause 👏👏👏 pic.twitter.com/fnQEOHcwNC

It’s my belief that at least one way to move forward is to place more emphasis and backing on these young women than ever before. We all need to continue to push the names of the WSL players into the spotlight, particularly on social media. We need to show these women who are at the peak of the sporting world, yet also somehow managing to get a university degree, work for their club’s foundation, or sit on the board of diversity and inclusion groups within football, as the brilliant and empowering role models that they are.

We are moving toward a football supporter structure where individuals support players before they support teams. We live in a world where Paul Pogba has a bigger following than Manchester United, the club he plays for. We can learn from that. Let’s aim to use the momentum created by the international game and continue to show off these great characters and personalities when they return to their clubs.

If we do this now, it might just be the case that more of the next generation will be begging their parents to take them down to Borehamwood to see the next Jordan Nobbs or to Kingsmeadow to see the next Fran Kirby.

🗣 "I want to get better, I want to improve, I want to do whatever I can to be a good role model. I want the same things for the women’s game."

✍ @JordanNobbs8 on talks about her progression and continually bouncing back! 💪 #SheBelieves https://t.co/WKnLwxHk2D

The strange thing about even writing these thoughts down is that there isn’t the slightest bit of negativity in my mind around any of the challenges raised above. Every challenge inspires an appropriate positive response or agile and creative manoeuvre to continue to thrust the women’s game forward - which is really a testament again to the people that are involved within that community.

Women’s football right now has such a positive energy around it and with the World Cup on the horizon this summer, and the Olympic games and Euros to follow shortly, that’s a very exciting space to be a part of.