The 20-year-old has impressed this season despite playing largely an understudy's role to Jonny Castro Otto in the left wing-back position.

The young Portuguese, who started his senior career at Monaco, has made 18 appearances in all competitions in 2018/19 (including 14 in the Premier League) and is rated highly at Molineux. 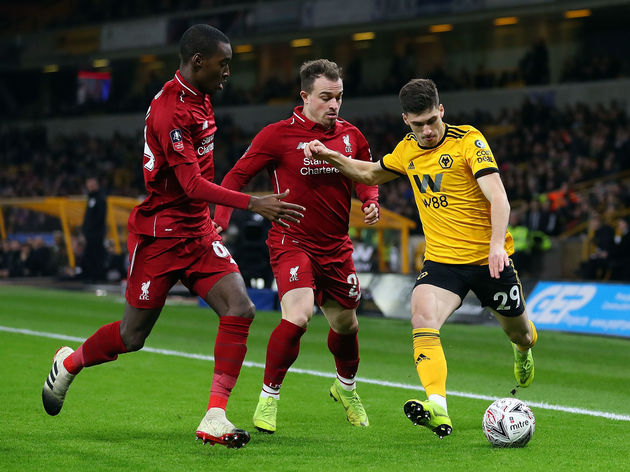 His notable performances have led to heads being turned on Merseyside and in Catalonia, with Vinagre supposedly garnering particular attention with Jurgen Klopp after a stand-out display in Wolves' FA Cup encounter with Liverpool Both clubs are in the market for new full backs this season. While Andy Robertson has proved to be a rare bargain for Liverpool, Alberto Moreno is set to depart on a free transfer this summer, while the Reds have no other specialist left backs. Barcelona, who have Jordi Alba as their first choice, are in a similar position and are widely reported to be on the lookout for further reinforcements.