​Bundesliga rivals Borussia Dortmund and Bayern Munich look set to do battle as the race to sign Ajax midfielder Hakim Ziyech hots up.

The 26-year-old has been in sparkling form this season, lighting up the Eredivisie with 15 goals and 13 assists. His form has carried over onto the European stage too, with Ziyech among a number of Ajax players to put in a stunning performance during their surprise win over Real Madrid in the last 16 of the Champions League. 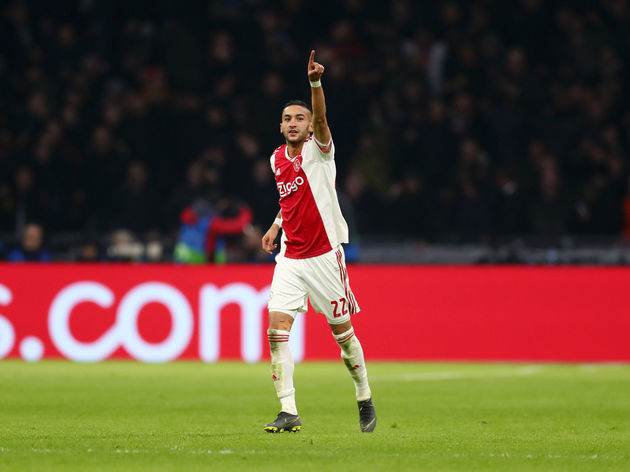 His impressive performances have inevitably led to speculation that he could leave the club, with Sport.De now reporting that both Bayern Munich and Borussia Dortmund are looking to bring Ziyech to the Bundesliga.

Bayern are understood to have initiated contact over a possible deal, while Dortmund have allegedly made an offer for Ziyech for a fee in the region of £35m.

Overmars: "At the same time we try to get players to stay, like Onana. We're also going to do everything we can to keep Neres here, and I expect that to happen. For De Ligt and Ziyech we'll have to find suitable replacements." pic.twitter.com/to2PysrXHA

Consequently, a bidding war is likely to ensue this summer - with Ajax keen to hold out for a fee of at least £50m. Should they eventually sell him, they will be armed with an abundance of cash following the big money sale of Frenkie de Jong to Barcelona.

Couple his departure with the likely departure of captain Matthijs de Ligt, and suddenly Ajax could be looking at a transfer war chest of at least £150m.

Ziyech is currently contracted to the Amsterdam based club until 2021, having joined the club three years ago. His impressive performances this season follow an equally impressive showing at the World Cup, where he was the standout performer for Morocco.

Hakim Ziyech in the Eredivisie this season:

One of the most natural creators in Europe.  pic.twitter.com/bUDMTMXTCe

He will look to continue his form when Ajax take on Juventus in their Champions League quarter-final tie, with the first leg to be played at the Johan Cruyff Arena.